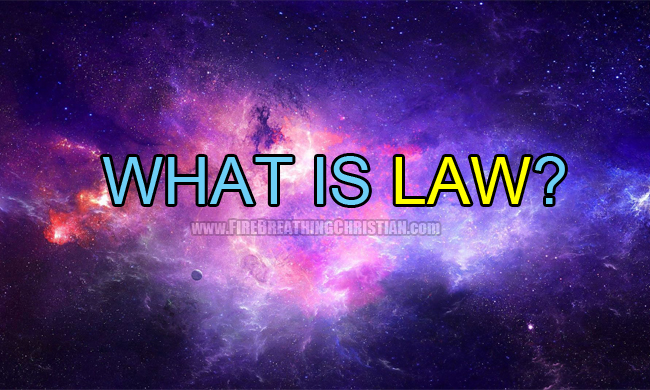 “We must respect the law!”

We hear this all the time, especially in election years, and most loudly from self-identified conservatives in America.

But what does it mean?

What do these “conservatives” mean when they say something like “we must respect the law”?

Well, what they usually mean is this: The American State must be respected and obeyed as the ultimate definer of what is legal and illegal.

What the American State calls legal is legal.

What the American State calls illegal is illegal.

It is the State, after all. What it says goes. We must simply obey.

This is Statism, the presently (though temporarily) ruling religion in America. The worship of the State as God in practice is what we do here in “the land of the free” and the home of the NSA.

This is where American Statism has led us.

And this is but a small taste of where American Statism will lead us – until and unless, by the grace of God, we stand, confront, and correct this monstrosity in accordance with the Gospel-fueled Great Commission.

So what is law?

What, exactly, is the law that “we must respect”?

Is it what America says it is?

Or is it what God says it is?

It cannot be both, no matter how much our purposefully encouraged conflation of Christianity with America might encourage us to believe that the two are the same – that America and God are on the same page.

When we actually read the pages that God is on (and in), we see that nothing could be further from the truth. God and America clearly disagree on most things these days, including the meaning of law itself, which is something we need to zone in on and understand if we’re to rightly interpret (rather than just assume) what people mean when they cite the importance or value of “the law”.

In this context it’s important to note that law is only as good or as evil as the God upon whom it is founded. “God-given rights” are only as good as the God who is granting (and sustaining) them. The same goes for liberty, freedom, justice, and life itself.

When the American State is the definer and sustainer of rights, those rights are anything but reliable. They’re anything but solid and sure. They’re always subject to radical revision up to and including complete elimination.

When the American State defines law by its own standards, it will inevitably persecute God’s people, promote lawlessness (in the name of the law), and ultimately destroy itself and all tethered to it.

No matter how “exceptional” America may imagine itself to be, there are no exceptions to the Law of God. He defines every aspect, area, nook, and cranny of His creation.

This is why our culture is (and should be) dying.

“We the People” have become a law unto ourselves…or so we think (which is itself a sure sign that we’ve been given over under the judgment of God – the God whom “We the People” will not have to rule over us in practice).

So the next time you hear Donald Trump or some other American Statist howl on about the importance of “the law”, ask yourself: What does he (or she) mean by that, exactly?

The answer to this question is very important.

(For more on this, please read Presuppositional Law: Where we begin with law determines where we end.)