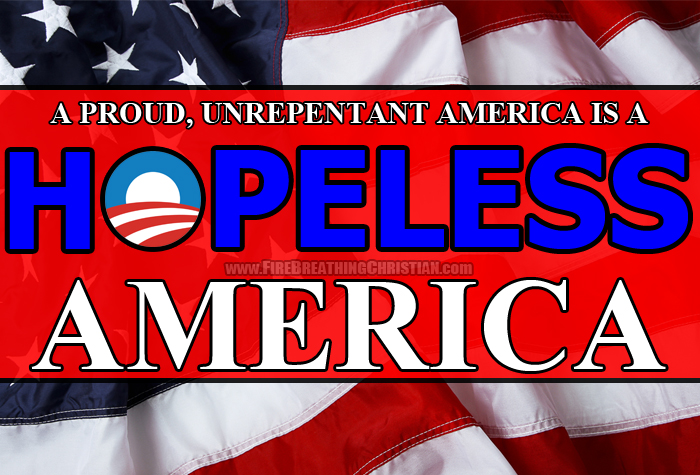 One of the themes of this election cycle in America is clarity.

God is showing us what we’ve become.

With each passing political curveball and October surprise, painful and embarrassing clarity abounds.

We’ve learned and are continuing to learn a lot about our “Christian leaders”.

Same goes for our concepts of freedom, liberty, justice, peace, and security…none of which do we dare understand, much less pursue, in an explicitly biblical manner anymore.

We have quite thoroughly rejected Christ as King.

We claim him often as Savior, but have no intent on serving Him as King in practice…political practice, legal practice, educational practice, economic practice, or pretty much any other kind of practices. He’s our favorite trinket, and little more.

That’s the brutally ugly bottom line being emphasized and highlighted and pointed out again and again by God right now in America.

The grace God is showing in the provision of this clarity is something that’s easy to miss, and easy to want to miss, since said clarity serves as just the sort of detailed, inescapable, and unassailable indictment that we’d prefer didn’t exist.

But it does exist.

And He’s waving it in front of our eyes.

He’s giving us detail upon pathetic detail and revelation after ugly revelation. He’s stacking them high and giving us chance after chance after undeserved chance to acknowledge and repent of that which is being made excruciatingly and redundantly plain.

All we need do is take off our blinders and look at the whole picture plainly presented before us in its crystal clear, wide-open totality as it actually exists, rather than focusing on distractions and little snippets out of context while ignoring the building mountains of truths that deep down we know are fatal to the narratives we prefer over reality.

If we simply look at the whole picture through the lens of a basic biblical worldview, we’ll have no trouble at all seeing why we’re circling the drain as a culture (and why we deserve to do so).

Just look at what we’re into:

Obviously this is a list that could go on for a while, but we’ll pause it here and assume that you get the picture.

We bring these items to focus again in light of an article recently published entitled Once the hope candidate, Obama in his final days faces a hopeless electorate, wherein The Washington Post noted how we live in an age of hopelessness on many levels as we roll from the Obama era on into the Trump or Clinton follow-up.

The hopelessness that has been inspired by our approach to law, liberty, truth, justice, economics, politics and everything else has been building for hundreds of years. Contrary to what pagan political prognosticators of the day would have us believe, the current cultural wreckage is not something that can be understood, much less corrected, by pagan, unbelieving means.

There is and will never be hope for law apart from submission to Christ as King in practice.

There is and will never be hope for education apart from submission to Christ as King in practice.

There is and will never be hope for economics apart from submission to Christ as King in practice.

There is and will never be hope for culture and civilization apart from submission to Christ as King in practice.

Until we understand this and repent accordingly, our hopelessness will only deepen and our implosion will only continue.

May God grace His people with the clarity to see, repent, live, and thrive accordingly in this remarkable time…even as an unrepentant American empire crumbles around them.