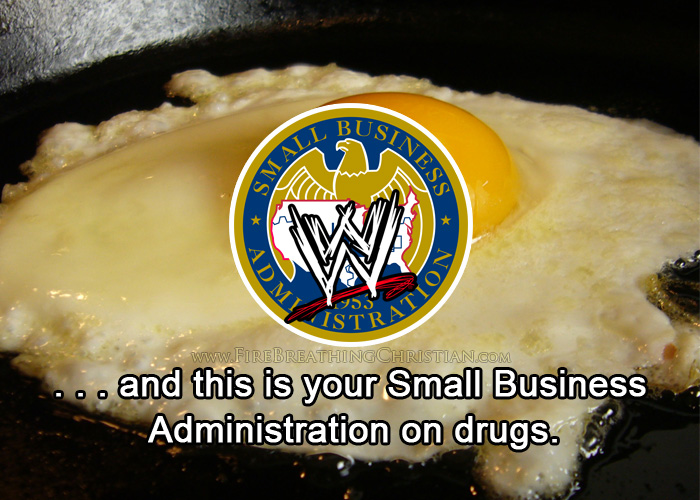 As we ramp up to the inauguration of Donald Trump, one of the surest signs of God’s judgment upon America since the second inauguration of Barack Obama, we’re getting good look (again) at his vice-fueled worldview in action as he goes about the business of choosing people to fill Cabinet and Administration positions.

One of the many interesting/laughably lame picks announced in recent days has been that of Linda McMahon to head the U.S. Small Business Administration.

McMahon, the former World Wrestling Entertainment chief executive who built a billion-dollar corporate empire by peddling vice, promoting ‘roided up mutants as heroes (thereby promoting drug abuse), and using any means available to crush many smaller competitors along the way, has spent much of her adult life doing two things: A) Making money by leading the culture down the drain, and B) coveting a seat of power in Washington DC.

She tried (twice) to snag a Senate seat in DC, running as a Republican, reportedly spending a whopping [begin Dr. Evil voice here] one hundred million dollars [/end Dr. Evil voice] of the money she’d “earned” peddling vice and promoting amoral/’roided-up “heroes” to millions of Americans over decades in which her WWF/WWE empire helped lead the culture to hell.

Then, having failed to buy her Senate seat, she plopped another six million dollars (again: money earned by peddling vice and promoting drug/steroid abuse while leading the culture to hell) into the Trump/Pence campaign.

And now she’s going to head the SBA.

So after decades of pillaging the culture for profit and spending over $100,000,000 of those ill-gotten gains in pursuit of power in Washington DC, Linda McMahon finally has that coveted Seat Of Power!

Way to show us what unwavering determination and lifelong commitment (to evil and selfishness) looks like and how far it can take a person if they just keep chasing their dream.

Way to correct those poor, silly, backwards Christians struggling to do what is actually right, true, and good by avoiding pretty much everything that pagan culture-raping profiteers like McMahon (and Trump) routinely promote in the name of business and “success”.

Who needs biblical repentance and reformation in the areas of business, finance, economics, arts and entertainment when you can just make a ton of money by promoting the vices that are killing the culture?

After all, who cares what future generations have to deal with as a result of our unrepentant promotion of vice for the sake of “success”, right?

I can just feel America getting greater already, can’t you?

(Which leads us nicely to an important and, I hope, encouraging reminder that America is not the hope of Christians and that the Kingdom of God will not only survive but thrive whether America repents and is saved, or whether America persists in rebellion and is finally wiped from the face of God’s earth. For more on this beautiful, liberating truth, please read The Kingdom of God vs. The (Collapsing) Empire of America.)