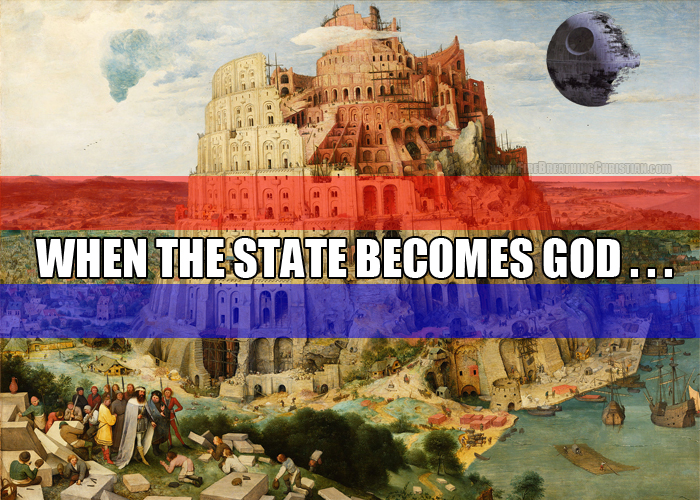 I finally got a chance to catch Rogue One this week. Normally I’m one of Those People who takes in Star Wars flicks at the earliest legally allowed viewing opportunity, but this time around there was just too much better-than-Star Wars stuff going on (like the arrival and settling in of Baby Buss #3, for example).

Another interesting viewing experience that Holly and I have taken in recently is Season 2 of Amazon’s The Man in the High Castle. We liked Season 1 a lot, and Season 2 has been better in many ways.

For those of you who haven’t checked it out and also haven’t read the original novel by Phillip K. Dick, The Man in the High Castle is an alternative history series set in the early 1960s, fifteen years after an alternative ending to World War II in which the victorious Axis Powers rule over portions of the former United States while also maneuvering against each other in anticipation of further (seemingly inevitable) conflict. The German Reich extends over the eastern former US from the east coast to the eastern edge of the Rocky mountains, while the Japanese Empire rules over everything from the west coast to the western edge of the Rockies, leaving a neutral zone buffer between the two Axis Powers in and around the Rocky Mountains.

One of the many things done well in the Amazon adaptation of High Castle is the presentation of Statism as a powerful force in human history. While it’s hard to say how much of the accurate (and jolting) presentations of Statist concepts and themes is consciously done and how much is unintentional, the clarity with which Statism is presented is something that can be very helpful, even if it is at times too stark and jarring for most Americans to even want to think about the dots that are just begging to be connected.

When a classroom of intelligent, articulate, meticulously well mannered children going to public school in New York dutifully recite a pledge of allegiance to the State, why is it so obviously wrong?

Why does it feel so creepy?

Why does it seem so evil?

Kids being programmed to pledge themselves to the indivisible political power of the State above them is wrong, creepy, and evil.

But we do it in America right now all the time, don’t we?

And in many meaningful ways, yes, there are differences between one context and the other.

But not nearly as many as Americans have been programmed to believe.

And Americans have been programmed to think like a good American Statist where?

In American public schools, of course (also known as: Temples of American Statism), and through American Corporate/State controlled pop culture.

Advocates of American Statism understand and appreciate all too well the famous Hitler line: “He alone who owns the youth gains the future.”

Statism of all flavors – be it American or Nazi – will always act aggressively to seize the minds and shape the worldviews of the young.

And to what end?

Well, like the biblical record of Babel, when men some together in unity around themselves, the goal is to achieve all manner of greatness…apart from God.

“We the People” become our own standard.

The State then becomes God in practice.

The State is then presumed to be above the Law of God. It is imagined to be free to steal, murder, pillage, plunder and destroy as it sees fit by its own (ever shifting, self-serving) standards.

The State then does just that – it subjugates individuals, steals from individuals, persecutes individuals, and enslaves individuals with what it imagines to be impunity. And as it grows in strength, so too does the depth of darkness and bondage imposed upon its victims.

This is how you get to where we are now in a “land of the free” where you aren’t even free to own a home outright, your wealth is routinely confiscated (stolen) to fund overtly satanic constructs like Social Security and public schools, and your entire life is controlled through the black magic power of fiat economics.

Yet while Americans are not free to actually own a home outright, they are “free” to murder their own children for convenience.

For 40+ years and counting.

And it’s not just the sheer math of it – the massive, bloody body count. Its that “We the People” know full well what’s going on openly every day at “clinics” all across the nation. “We the People” have far fewer excuses than the typical resident of Germany had in the 1940s where the awareness of State-sanctioned, systematic mass murder is concerned.

Think about that the next time you resent or attempt to ignore unpleasant comparisons between American and Nazi Statism.

This is what Statism does.

It proclaims greatness for “the people” while leading them deeper and deeper into darkness.

And it does this every time.

Any State – German, American, Russian or Chinese – that assumes any power beyond the very narrow, very limited scope allowed by God in His Word is a State that is on the path to totalitarian hell.

“We the People” are no exception.

Now back to the fictional side of things…

In Rogue One, we get yet another Star Wars flavored take on Statism, in the form of the Empire and it’s pursuit of *ahem* God-like power. (See a theme here?)

In this case, the God-like power to destroy an entire planet.

By rallying people together (by whatever means necessary, of course) around standards made by men (as opposed to standards clearly set forth in the Word of God), the Almighty State aims to take on the role of God in practice – legal practice, political practice, governmental practice, and economic practice.

The Big Idea is always to convince “We the People” that we can be God in practice and pursue the greatest of things together here and now apart from submission to God’s clear, life- and culture-defining Word.

That’s how we get Death Stars in fictional worlds and U.S. “authority” protected baby murdering facilities in the real one.

These are the fruits of Statism as long grown, nurtured, and carefully cultivated in American public schools.

But fear not, Christian. This is all purposeful.

And the time is soon coming when each and every one of these phony empires will fall and be swept away forever.

In the meantime, we have a lot of work to do.