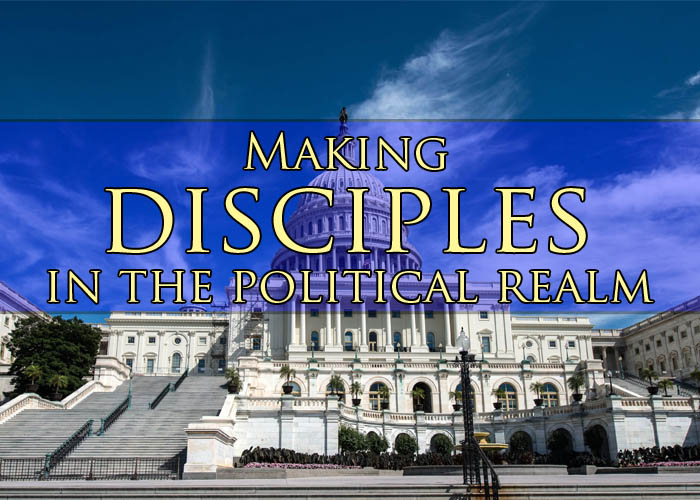 It’s easy to be a critic.

Especially when it comes to politics and politicians.

What’s not so easy is doing the hard things needed in order to encourage, equip, and guide political leaders in a Christ-centered direction.

It’s easy to allow the “politician” label to take on a negative or prejorative vibe that it does not inherently possess. It’s easy for us to use that flawed characterization or caricature of the politican to treat them as something less or lower than human. It’s easy to forget that not only are politicans people – image-bearers of God – but that civil government is also His creation and every image bearer that holds a position of political power and influence has been placed there by Him for His purposes.

Thinking of politicians as image-bearers of a God who has placed them in unique positions of power and influence for His purposes is not the norm in America.

But that is exactly what they are: Individual people purposefully given power and authority by God – the same God who has called His people (the Church) to make special effort to disciple these leaders so that they might influence the culture around them in a manner that is increasingly consistent with His Nature as revealed in His Word.

It is in this context that I’m both honored and thrilled to report that I will be working with Capitol Ministries in an effort to help make disciples of political leaders in Nashville, Tennessee.

There is much more that I hope to share soon as this adventure unfolds (and many cool stories to share as to how things got to where they are now), but for now let me just say that, after having had extensive conversations with many of the men and women working diligently in this ministry, and after meeting with several of them in Denver over a four day stretch to sharpen and share ideas, I could not be more impressed with this group’s mission and I could not be more thankful to God for allowing me to play a role in it.

Taking this mission on is no small change for me. It will require much in the way of time and preparation. Some recent projects (like my new video channel material, which I am quite jazzed about) will be delayed for a week or so as I focus this weekend on spending time with my new CapMin family, but regular Fire Breathing Christian work should go on with minimal interruption.

I’ve been uniquely blessed in recent years to learn and grow alongside many wonderful Brothers and Sisters in Christ in the Tennessee General Assembly. (For one example of this, please read A Cool Moment At The State Capitol.)

Your prayers and support are coveted as this new adventure takes shape.

It won’t be easy.

It’ll take a lot of time.

It’ll take a lot of work.

But the rewards and relationships waiting on the other side of these efforts will have eternal significance…all by God’s grace and all for His glory.