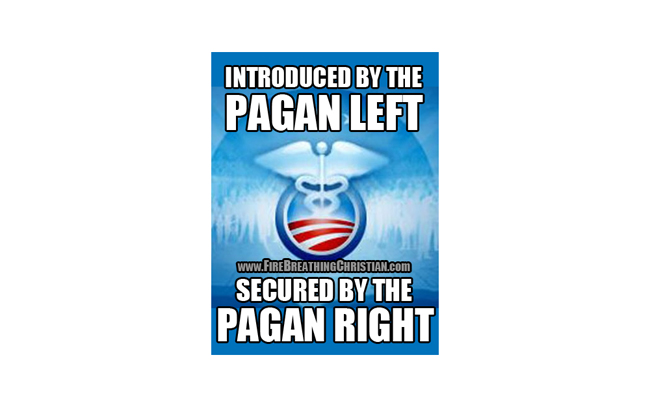 If only we had Republicans running the show in DC, we’d get small government, right?

If only we had Republicans in control of the Senate, the House, and the White House all at the same time, we’d see the massive growth in American State power and American citizen dependence reversed, right?

This is the rhetorical spin, propaganda, and bilge that tens of millions of self-identified conservatives swill and immerse themselves in each election cycle.

The propaganda, I mean.

No matter how many overtly anti-Christian, Marxist/Socialist programs Republicans prop up and expand year after year, the “small government”/”power to the people” garbage still flows and still sells to an apparently insane not-at-all-really-conservative “conservative” electorate.

If only we could have a Republican Congress and President, we were told again and again and again in campaign mailers, speeches, and commercials, we would see the repeal of Obamacare. [insert cheer from masses of brainwashed “conservatives” here]

Well, here we are.

We have a Republican President.

We have a Republican controlled House of Representatives.

We have a Republican controlled Senate.

And guess what else we have?

Not even a serious attempt to repeal Obamacare.

Please let that sink in.

Please stop begging to be scammed and sacrificing your children’s future to an increasingly State-dependent, State-run culture.

For details on this latest example of how the Pagan Political Right and Pagan Political Left are in fact two wings on the same dragon, consider the following as reported at ZeroHedge:

Murkowski, who previously balked at the last version of the ObamaCare bill, said she is a “no” on the motion to proceed to a repeal-only plan. She is the third Republican senator to take that position.

“No. I said back in January that if we’re going to do a repeal there has to be a replacement. There’s enough chaos and uncertainty already,” she told reporters Tuesday.

Earlier in the day, Republican Senators Shelley Moore Capito and Susan Collins said on Tuesday that they will not support moving forward with the plan to repeal ObamaCare with a delayed replacement.

“My position on this issue is driven by its impact on West Virginians. With that in mind, I cannot vote to repeal ObamaCare without a replacement plan that addresses my concerns and the needs of West Virginians,” Capito said in a statement.

Collins said that she is still a “no” on proceeding to the House-passed bill, which would be used as a vehicle for any Senate action.

“We can’t just hope that we will pass a replacement within the next two years. Repealing without a replacement would create great uncertainty for individuals who rely on the [Affordable Care Act] and cause further turmoil in the insurance markets,” she said.

These Republicans know their constituents – their increasingly State-dependent constituents.

These Republicans know what they’re doing.

They know where their bread is buttered.

They know from where their power flows:

Dependence is the goal.

Your dependence and my dependence upon the almighty American State for the provision of everything.

Until American “conservative Christians” lead the way in modeling repentance of American Socialism (think: public schools and Social Security, for example) rather than defense and preservation of American Socialism, there is (and should be) no hope for the American restoration that we claim to want so badly.

May “we the people” repent and legislate accordingly. 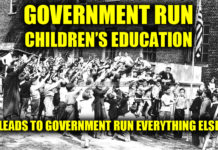