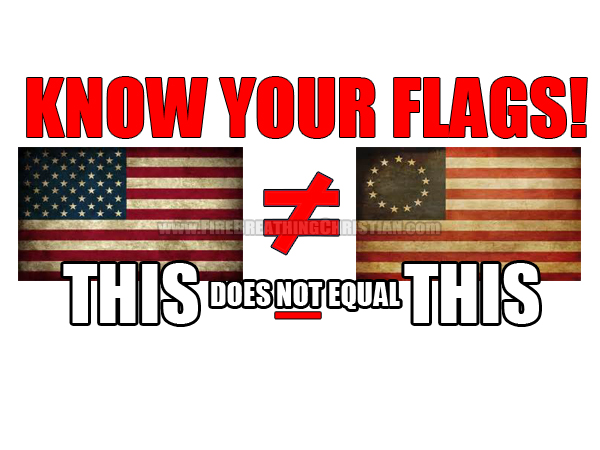 And nothing screams switcheroo like the way we’ve been programmed to pretend that the current flag of the United States of America is essentially, if not literally, the same flag that inspired Francis Scott Key to write The Star Spangled Banner back in 1814.

The two flags are not essentially the same thing.

What makes this important is that the flag Key wrote about in 1814 and the flag that currently flies over the IRS, NSA, Federal Reserve, and American public schools in 2017 are symbolic of radically distinct and dissimilar approaches to government, culture, and civilization.

The flag that Francis Scott Key wrote about looked like this: 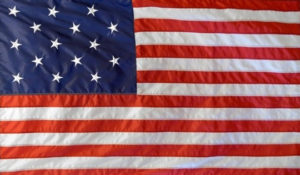 More importantly, it flew over a land where there was:

We need to know these things. (Which is precisely why they’re not taught in public schools.)

We need to know what “the land of the free” and “home of the brave” actually looked like when Francis Scott Key penned the words to The Star Spangled Banner. We need to know how profoundly different the modern American State is from the government of the United States in 1814. We need to be able to distinguish between what the U.S. flag of today actually symbolizes, enables, and promotes, in direct contrast with what the Star Spangle Banner symbolized in 1814.

If we’re ever going to reverse course and head out of the darkness we’ve been pursuing for well over 100 years and finally begin to move back into the light of true liberty and freedom, we’re going to have to wake up to the scam we’ve been sold for generations now in America.

We’re going to have to wake up to the switcheroo.

We’re going to have to admit that we’ve been scammed.

We’re going to have to acknowledge that we’ve been pitched naked Marxism and Socialism under the cover of American patriotism by having the American version of Socialism wrapped in an American flag.

Or the flag that Betsy Ross  famously stitched together in 1792.

It even tries to associate itself with freedom and liberty.

But it pitches rank Socialism and Marxism at every turn.

It advances State power over the crushed liberty and freedom of individual Americans year after year, decade after decade, and generation after generation.

It empowers the IRS, NSA, and public schools.

It promotes State-dependence by “helping” Americans in ways inherently designed to retard their growth, maturity, and development into actual adults, thus making them even more dependent upon the State.

The cycle goes on and on for generation after generation under cover of a flag that never flew over “the land of the free and the home of the brave”, but pretends to be that very flag nonetheless.

And it wants us to pretend, too.

It wants us to pretend that it is that flag.

It wants us to pretend that we are “the land of the free”.

It wants us to pretend that we are “the brave” described in the songs we sing about a land where there was no IRS, no NSA, no income tax, and no public schools…a land where real privacy was actually “a thing” and molding the minds of the young was a job kept away from the State.

It wants us to forget (or, better yet, never even bother learning) that the Pledge of Allegiance to the United States flag was written by a devout Socialist for the purpose of promoting Socialism through State-run public schools.

It wants us to avoid even considering questions like: Would the Founding Fathers say the Pledge of Allegiance? and Is it ever okay to refuse to salute (or sing or pledge) to the U.S. flag?

It wants us to turn off our minds, turn on our emotions, and just feel…

The same State idolatry that leads to rank Marxism in the long run is eagerly promoted on the Right through things like uncritical flag worship.

So the next time you’re prompted to sing on cue like a trained chimp a line like “Oh say does that star spangled banner yet wave o’er the land of the free and the brave?“, don’t be afraid to actually answer the question honestly and accurately.

It’s time to stop playing along with the switcheroo.

Truly free and brave people don’t play those games. They expose them.