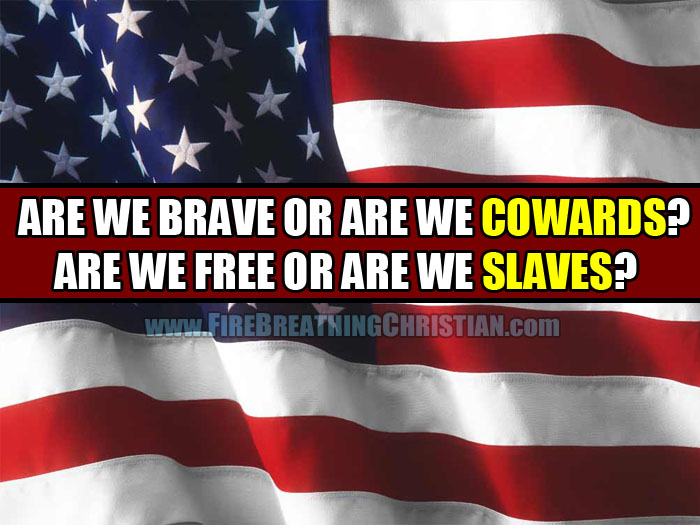 Of all the mind-blowingly stupid ideas being tossed around during The Great American National Anthem Crisis of 2017, one of the more revealing nuggets of idiocy is the oft-repeated contention that those who are protesting by not singing the national anthem before a football game “shouldn’t mix sports with politics”. They “shouldn’t use that time to make a political statement”. Politics, so these emotional (as opposed to thoughtful) critics say, should be kept out of sporting events. Political statements shouldn’t be made on such “neutral” grounds as a football field, baseball diamond, or basketball court.

Then, incredibly, the same people making these sorts of “arguments” try to bring it all together to somehow mean that everyone should stand and sing the national anthem before these games.

We should all be compelled to “respect America” enough to do that. Without thought and without question.

Because singing the national anthem isn’t making a political statement?!

Singing the national anthem is just “being a good American”?

How thoroughly programmed a drone must one be in order to process reality this way?

How completely and successfully brainwashed by the State (and its Corporate sponsors) must a person be in order to think that not singing the national anthem is making a political statement, but singing it is not?

Once again, at this point one feels compelled to say: Well done, public schools!

If this sort of drivel freely flowing from the mouths of millions of State-“educated” tax livestock doesn’t prove the incredible success of State-managed K-12 mind-sculpting, nothing does.

Now back to the purposefully political song that is our national anthem, also known as The Star Spangled Banner, with a special and important reminder that, contrary to what you may gather from watching television and in stark contrast to what you may have been taught in government-run “schools”, words actually mean things.

So please keep that in mind as we consider the words in the national anthem that we are told we all ought to sing on cue like a trained chimp as a way of “being a good American”. To keep this fairly brief we’ll focus on one very well known sentiment expressed at the end of the first verse of the song, which reads:

“O say can you see, by the dawn’s early light,
What so proudly we hailed at the twilight’s last gleaming,
Whose broad stripes and bright stars through the perilous fight,
O’er the ramparts we watched, were so gallantly streaming?
And the rockets’ red glare, the bombs bursting in air,
Gave proof through the night that our flag was still there;
O say does that star-spangled banner yet wave
O’er the land of the free and the home of the brave?“

It’s the last two lines that we’re gonna focus on here for just a sec.

When this song was written, there was a certain specific reference point for “land of the free”.

While there are no doubt many terrible reasons to protest or avoid singing the national anthem, and there are just as surely countless lame critiques of America flying around out there, is it not possible – likely, even – that there are excellent, honorable, virtuous, and intellectually sound reasons not to sing a song that promotes the notion that the present U.S. flag flies over a “land of the free and home of the brave” when, in fact, that flag now flies over a land that proudly celebrates:

This is what “We the People” have become. This is what things like “freedom”, “liberty” and “virtue” have come to look like under our flag.

And these are just some of the “rights” that we oh-so proudly celebrate as All-American virtues and standards for the world to emulate.

With these American virtues in mind, let’s consider the true state of our freedom, liberty, privacy, and security in America 2017 as compared to “the land of the free” that was visible back when The Star Spangled Banner was originally written:

I’m going to stop there and trust readers to read any of the many other articles posted here and elsewhere chronicling the many purposefully freedom- and liberty-destroying systems and programs managed by the United States government.

All operating under and in the name of the U.S. flag, of course.

Now, I ask you: O say does that star-spangled banner yet wave o‘er the land of the free and the home of the brave?

Whatever your answer, please consider singing – or not singing – accordingly.