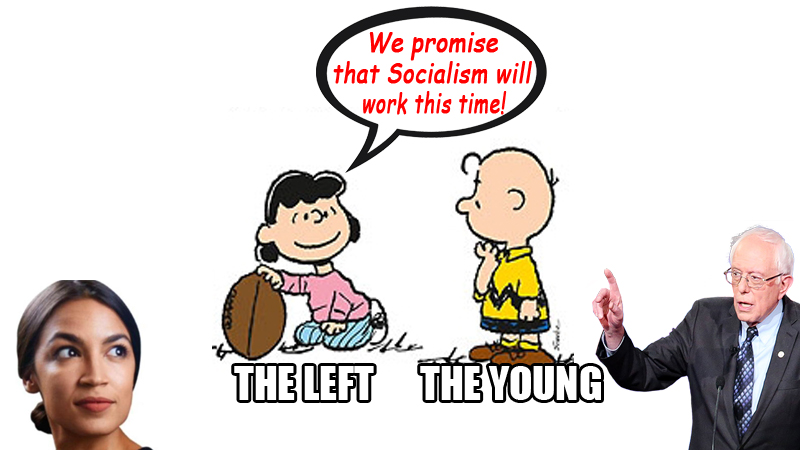 It’s August again, which, in even numbered years like this one, means two things ’round these parts: 1.) The vast majority of Americans – including most self-described conservative Christians, are dutifully feeding their children to the State for another year of explicitly anti-Christian, pro-Socilism/Statism “education”, and 2.) The same folks just finished happily supporting candidates who are all but sure to see that the cultural trend towards more and more Socialism continues.

Tp help get a better sense of this sad reality, let’s consider a favorite rhetorical question regularly offered and pondered aloud by self-described conservatives in America. It goes something like this: “Why do young people keep falling for Socialism?”

However seriously or smartly the average professing “conservative” American may think they’re being when they float (and then immediately bemoan the need for) the question, the truth is that not only do they not know the answer, but they don’t want to know the answer.

They want to blame everyone and everything but their own routine, wide-open embrace of Socialism for their children’s (or children’s generation) supposedly inexplicable temptation towards Marxist/Collectivist thought.

The same parents and pro political prognosticators have no prob at all defending and propping up Social Security, Medicare, and public schools, to name just a few of the many rank demonstrations of Socialism in action that have come to dominate our culture over many generations.

At some point, maybe – just maybe, these supposedly “conservative” Christian types will stop pointing a wagging finger at Bernie Sanders or laughing at the latest up and coming young Socialist star long enough to realist that until they – until we all – repent of our embrace of Socialism, particularly through the embrace of State-run schools, this culture is (and should be) doomed to collapse under the heel of God’s judgment (you know, the God that public schools dare not identify as God).

Early this year in Weaponized Ignorance: The Great Success Of Public Schools, we explained how each generation of Americans has been systematically discipled into increasingly anti-Christian, pro-Socialism, pro-Statism tools of State-power primarily because parents who claim to be conservative Christians have utterly abandoned their God-given charge to secure an explicitly Christian education for their children and have instead fed their little ones to the beast of State-run “education”. Here’s a relevant bit from that article:

This is why the culture is dying around us.”

So why does the Left have such fertile ground with which to deceive and enslave the children of professing conservatives and Christians?

Because most of those so-called conservatives and Christians are stark raving Socialists in practice…and their kids notice. Whether consciously or not, those children see the complete hypocrisy and phoniness of it all.

And when they get the chance, they vote accordingly.