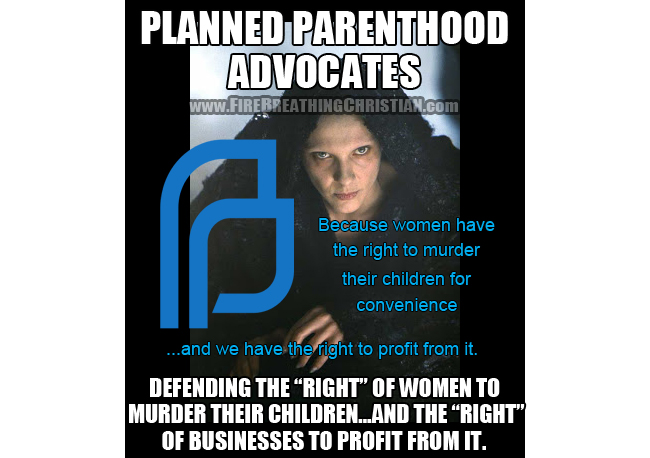 If one thing is being made painfully clear these days, it’s that America is a thoroughly satanic culture.

And we’re proud of that.

“We the People” see ourselves (and are encouraged by our Corporate-owned American State to see ourselves) as the gold standard for goodness on earth. We’re the “last best hope for humanity”. We’re the “shining city on the hill”. We’re the torch bearers and definers of truth, justice, freedom and liberty. That’s the American Way.

At least in our thoroughly programmed, self-centered little minds.

Oh, and we’re also “free” to worship false gods openly, “free” to murder our own children for convenience and profit, “free” to embrace an economic system based on what God calls an abomination, “free” to enshrine homosexual “marriage” and “free” to pursue all kinds of other blatantly blasphemous things empowered by our proud, All-American concepts of freedom and liberty. That’s just how things go here with “We the People” in “the land of the free” and the home of the NSA. That’s how we roll. We make the rules ’round here and we will not have it any other way, kapish!?

So when we’re shown with increasing (and increasingly painful) clarity that this whole “God-given ‘right’ to openly worship false gods” deal isn’t exactly working out so well and isn’t exactly allowing any part of our culture to tread water, much less thrive, what do we do? (See: Note to ‘Merica: There is no “God-given right” to worship false gods. Repent accordingly.)

What’s our response as Americans?

Do we repent and cry out to God in humble, broken submission to His Word?

Do we acknowledge the obvious impossibility of anything good ultimately coming from a culture centered on the legitimacy of religious pluralism (something that God clearly despises)?

Instead we double down on our “right” to make law as we see fit apart from His Word.

This is why we have what we see and smell now throughout the smoldering wreckage of American culture.

This is why we have a culture where things like child sacrifice, the selling of child sacrifice victim body parts, and “gay marriage” are all “legal”.

With our concepts of law, justice, freedom, and liberty severed from explicit subjugation to the Nature of God as revealed in His Word, this is where we were always destined to go. Proudly, of course.

So let’s try to be consistent and coherent with our shock and outrage, okay?

This culture needs that now more than ever.

The culture doesn’t need (and can’t survive too many more) secular pragmatic arguments and solutions.

For all of the entirely appropriate (yet often insincere and incoherent) “shock” and “horror” expressed this week from  sea to shining sea all over the “land of the free” and the home of the NSA in the wake of truly horrific (but hardly surprising) revelations that Planned Parenthood often carefully protects the living human baby body parts of the babies that it systematically murders, the root cause of this beyond-Nazi-Germany level All-American horror show isn’t even on our radar. How we got to this point isn’t even being addressed. It isn’t being considered. It isn’t even being noticed, much less acknowledged by masses of “conservative Christians” who are “outraged” (for the moment) by the “legal” operation of baby-butchering-for-profit businesses all across the fruited plain. (See: Selling murdered baby parts in America? Sure. Why not?)

This is why we have a culture in which millions and millions of average All-American Joes and Janes are quite comfortable and even happy to take to their social media sites and office water cooler conversations in defense of that which is ten steps beyond defensible. This is why we are a people loaded with perspectives favorable to Planned Parenthood.

This is why the “good conservative leaders” and “experts” on the Pagan Political Right can never actually address, much less attack, the true problem at the root of our rapidly metastasizing celebration of sin as “freedom” and “liberty”.

This is why our “good conservative leaders” and “experts” on the Pagan Political Right begin with the presupposition that here in ‘Merica we have to “respect” and protect various “rights” that God – you know, the Owner and Definer of all reality in creation – explicitly condemns as evil and inherently destructive.

So as demons speak through their human conduits as to the “legality” of Planned Parenthood and the “right” to sacrifice children, please understand and see this whole delusional farce for what it is: Proof that God owns and defines all of reality…including America in 2015.

And  proof that He has given us over to our pride and desire for Christ-less freedom, liberty, justice and life itself.

God is not mocked.

“We the People” have no “God-given right” to openly worship false Gods.

“We the People” have no “God-given right” to openly murder our children.

“We the People” have no “God-given right” to openly operate abominable businesses (or economic systems).

“We the People” have no “God-given right” to redefine marriage.

“We the People” have no “God-given right” to redefine family.

It all begins with Him – His Nature as revealed in His Word is our necessary and essential starting point and standard for every area of life. (See: Art, math, beauty, logic, law and economics…it’s all about Him.)

We have no defense.

We have no excuse.

We have no hope…apart from Him.

So let’s get to it, Church…we have a lot of work to do… (See: Man up, buttercup. Rome wasn’t conquered in a day.)