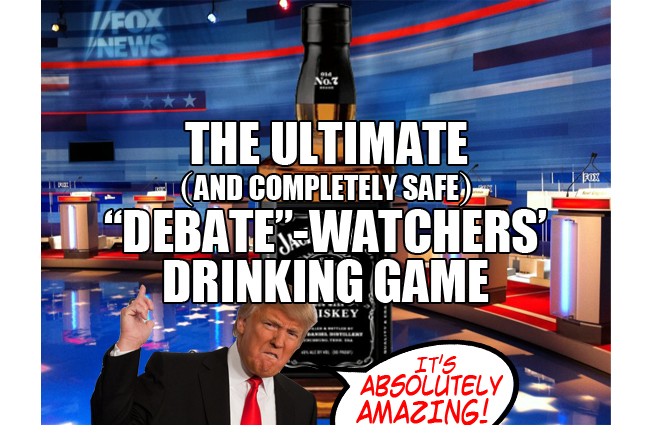 Zero hour is nearly upon us.

I am of course speaking of The Big Show (of the moment): Tonight’s 10-man corporate controlled political puppet cage match being put on by Fox News in Cleveland.

The stakes are high and the contrived drama is higher.

Trumpamania is already running wild and The Donald will be taking center stage. (See: Trumpamania runs wild! (Yes, he can really win…and yes, we really deserve him.).)

Literally, since each of the ten puppets invited to The Show will have their podium position assigned based upon their current polling positions. Thus, The Trumpinator will be in the middle of all of the contrived, controlled action.

As a reformed (and reforming) political junkie who still enjoys these sorts of events from what I hope is an ever-more Christ-centered and Great Commission-fueled perspective, I’ll definitely be tuning in. But where the whole “we must support the lesser evil put forth by the System” used to actually work on me, these days events such as this tend to inspire more of a “watching a train wreck in slow motion” curiosity combined with a desire to observe and critique this episode of The American Political Puppet Show from a biblical perspective so that maybe, just maybe, something informative and helpful might be gleaned and used to advance the Kingdom of God in spite of everything that these puppets and their masters are trying to do.

The “leaders” taking the stage tonight are just the next in a wave of managed, programmed puppets who will all do what generations of managed, programmed “leaders” have done before them. They will all continue to lead us to the hell of anti-Christian Statism, however much they may sprinkle on the “conservative” and even “Christian” lingo. (See: Welcome to the 2016 Parade of Republican Statists.)

Keeping that in mind will help us all to soberly and biblically evaluate things like the Pagan “conservatism” and Statism being pitched relentlessly in one form or another from the puppets at the podium. (See: How’s that Pagan “conservatism” workin’ out for ya, Christian?)

Just remember to stay sober-minded and “test all things”…especially the things said at this “debate”. 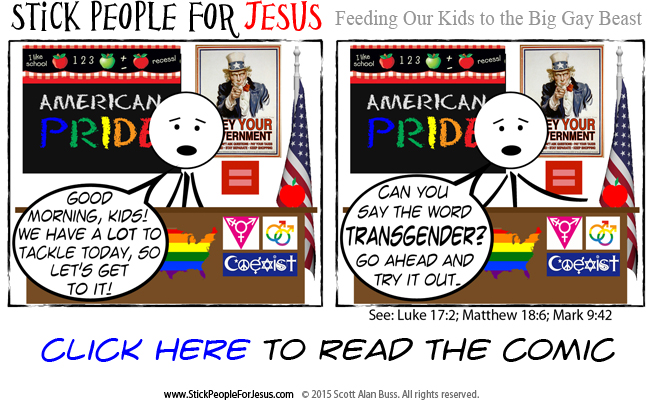