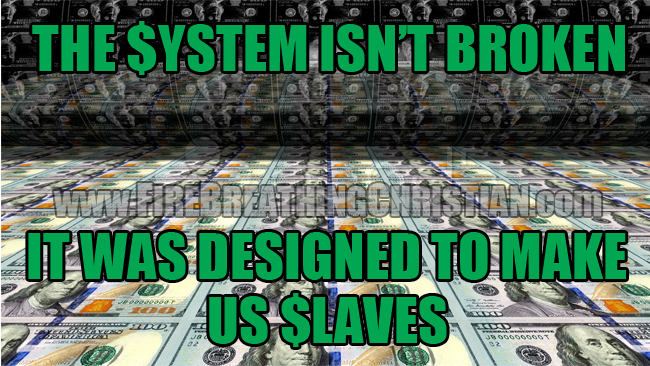 And that happens quite often these days, as you might expect. Take Monday night, for example.

The giant debt ceiling increase rolled together with a budget deal was introduced at 11:36 p.m. Monday, in the dead of night, several congressional sources confirm to Breitbart News.

The text is 144 pages long and increases the debt ceiling beyond when President Barack Obama leaves office, all the way until March 2017.  It also, according to Politico, increases spending by $50 billion this year and $30 billion more the following year.

As AP reports, House Speaker Rep. John Boehner (R-OH) is pushing for a Wednesday vote, this would be yet another instance in which he has broken his promise to give members and the public three full days—72 hours—to read legislation before voting on it.

May God grace His people with conviction, repentance, and the faith to trust in Him for all necessary provision in accordance with His Nature as revealed in His Word. Then and only then will we finally find freedom from the shackles of American Statism. Then and only then will our children and grandchildren be freed from the chains that we have forged through our rebellion.