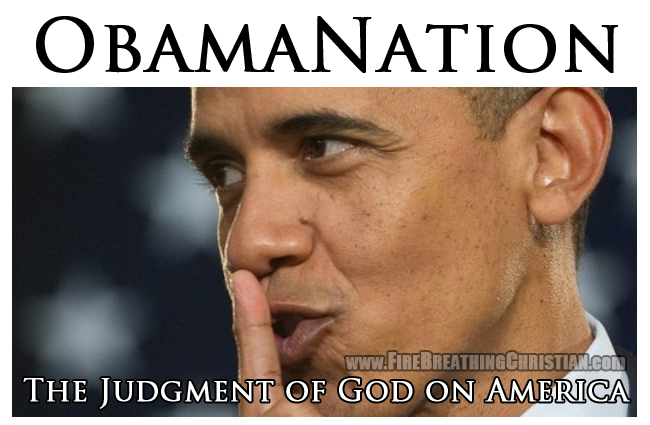 As recently as 2005 or so, it would have been hard to construct a credible work of fiction set in a 2015 America led by a President like Barack Obama. Just ten years ago – ten! – it was just short of unimaginable to most that we would have what we have now in America. By any measure, Barack Hussein Obama has been one of  – if not the – most influential, “successful”, and transformative Presidents in American history.

He holds to a particular worldview and acts in accordance with that worldview – a worldview that utterly rejects the rule of Christ over any – much less every – area of life. In this, Barack Obama’s worldview is actually quite similar to that of many of his most vocal critics and political opponents.

This is why the Pagan Dragon maintains control through our contrived puppet show of a political system in America. The powers atop that system encourage and promote various flavors and approaches to Statism, with some colored and spun as “conservative” and others as “liberal”, then pitting those carefully choreographed caricatures against each other as “the only viable options” available to the voting (and increasingly State dependent) masses. This goes on year after year, election cycle after election cycle,  and decade after decade. The end result is, has always been, and will always be that Statists of one flavor or another find their way to power, the power of the State invariably grows while the freedom and liberty of the masses invariably shrinks, and the dependence of those same masses upon the State grows deeper and more severe. The Pagan Political Right and Pagan Political Left are two wings of the same dragon.

So the next time you hear or are tempted to ask the question, “Why does it only seem to get worse and worse regardless of which of ‘the two parties’ is in control?”, just stop.

Stop asking or entertaining such a stupid question…at least as it is usually intended.

I’m not trying to be a self-righteous jerk here and there is a very real sense in which that sort of question is perfectly good and reasonable to consider. I myself used to ask and wonder about it all the time, but the way I intended the question – and the way in which most of us have been programmed to approach it – isn’t productive. It’s counterproductive, and purposefully so.

The question as it is usually approached is problematic because it’s generally not serious. It’s more of a pout or complaint not intended for serious elaboration or pursuit. It’s just more of the pointless noise that we’re relentlessly encouraged to take in and regurgitate via Statist programming that we tend to quite happily swim in courtesy of Fox News, CNN, MSNBC, Rush Limbaugh, and the like.

Can there be good bits and thoughts shared through those media sources?

But what are they all pitching and preaching at the end of the day?

The worldview and religion of Statism.

This brings us to an interesting opinion piece published this week at World Net Daily.

In The End of Obamaworld, Patrick Buchanan makes some keen observations as to what we’re watching unfold now in ObamaNation:

[President Obama] grossly, transparently underestimated the ability of ISIS, the JV team, to strike outside the caliphate into the heart of the West, and has egg all over his face. More critically, the liberal world order he has been preaching and predicting is receding before our eyes.

Suddenly, his rhetoric is discordantly out of touch with reality.

The phrase “out if touch with reality” is one of those that we as Christians ought to pause and define while reading through articles like Buchanan’s. From a truly Christian perspective, Christ is the living embodiment of all reality and truth; He is not only the Author and Definer, but also the Sustainer of all things – including law, politics, economics, art, and everything else (see: Colossians 1:15-20). All of these things are being reconciled unto Christ by the power of His work on the cross through the Gospel-fueled Great Commission (see: Matthew 28:18-20).

So when we read or hear anyone – be they a self-described “conservative” or “liberal” – talking about “reality” or being “out of touch with reality”, we as Christians must bring a faithfully Christian understanding of reality into the equation.

Now back to Mr. Buchanan:

What happened in Paris, said President Obama, “was an attack on all of humanity and the universal values that we share.”

At a soccer game between Turkey and Greece in Istanbul, Turks booed during the moment of silence for the Paris dead and chanted “Allahu Akbar.” Among 1.6 billion Muslims, hundreds of millions do not share our values regarding women’s rights, abortion, homosexuality, free speech, or the equality of all religious faiths.

Set aside the fanatics of ISIS. Does Saudi Arabia share Obama’s views and values regarding sexual freedom and the equality of Christianity, Judaism and Islam? Is anything like the First Amendment operative across the Sunni or Shiite world, or in China?

Just when Mr. Buchanan seems to be openly employing a wildly unbiblical defense of indefensible (but wildly popular in America) approaches to things like “freedom” and “liberty”, he goes and adds this (hopefully) thought provoking gem:

In their belief in the innate superiority of their Islamic faith and the culture and civilization it created, Muslims have more in common with our confident Christian ancestors who conquered them than with gauzy global egalitarians like Barack Obama.

I’m not suggesting that Mr. Buchanan necessarily understands or appreciates just how much truth is in that statement, but it is one that we ought to think about, likely in ways not intended by Mr. Buchanan and certainly not in ways that line up with most, if not all, of his friends in the Pagan Political Right wing of the controlled, contrived American political puppet show.

If America is to be saved – and her salvation is not a necessity, mind you – then she will be saved by repentance and submission to Christ the King, one supernatural individual transformation and grace-fueled act of loving obedience at a time. (See: Roaring into Post-America Christianity.)

This means that if America is to go on, she will be moved through a time of great challenge, conviction, broken repentance, and restoration, in that order, all by the grace of God.

One way in which God chastises His people is by way of wicked leadership. This is a theme of Scripture.

Wicked people earn wicked leadership, which then perpetuated more wickedness and initiates a sort of cultural death spiral for the people in question.

We are in such a death spiral now.

Barack Obama is not the cause of that spiral; he is a consequence of our rebellion.

Since “We the People” will not have Christ to rule over us – over our law, economics, art, and politics, He has given us Barack Obama…on the heels of George W. Bush, who radically expanded the power of the State and the dependence of the American masses, as all Statists do. This trend will only continue, with one Pagan Wing of the Dragon feeding on us alongside the other, until and unless America either finally dies outright, or there is repentance and submission to Christ as King in practice.

Pagan “conservatism” cannot save us.

It never has had that power and it never will. It will only lead us deeper into the arms of the Dragon that it pretends to oppose. (See: How’s that Pagan “conservatism” workin’ out for ya, Christian?)

It’s ours. (See: Judgment begins with the Church…not the Democrats.)

May God grace His people in America with a Spirit to pray, repent, and pursue Reformation in every realm of life…while there is yet time…