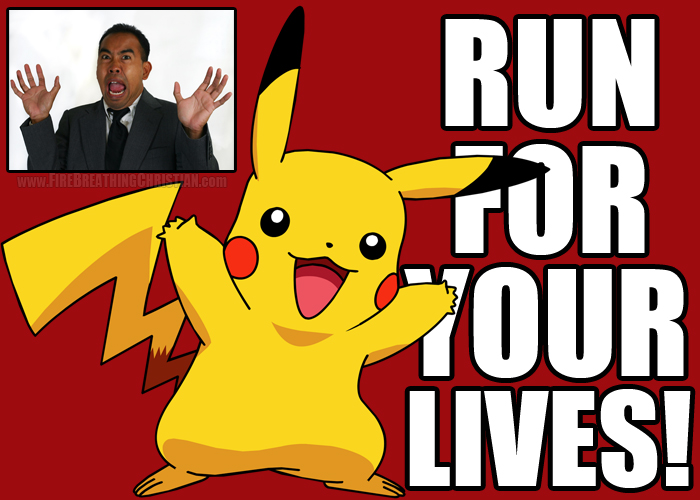 There are certain telltale signs of how the culture war is going.

Whether we notice ’em or not, whether we like ’em or not when we do notice them, or whether we want to deal with them or not once we decide we don’t like ’em, they’re there all around us, jumping up and down frantically and screaming at the top of their lungs for our attention while waving ginormous burning red flags accompanied by huge blinking neon arrow signs.

These glaring (though often religiously ignored) warnings are gifts from God.

They’re unwanted warnings, of course, which is why they’re usually, if not always, ignored, but they are given us nonetheless by His grace. The irony of so many Christians praying that God might awaken the land or inspire revival or anything along those lines while the very same people dutifully and often quite vigorously go about the business of dismissing and rejecting these clear God-given signs and warnings tells us much in and of itself about how and why we got to where we are now as a culture.

But we’re not gonna go deep down that trail in this post. Today we want to focus on one specific example of these signs and warnings. Today we will explore one of the more tragically comedic telltale signs of how the culture war is going as currently engaged by American evangelicalism.

Pikachu the Fifth Horseman of the Apocalypse.

You know, that Pikachu.

For those who are unfamiliar, Pikachu are, as Wikipedia explaines, “a species of Pokémon, fictional creatures that appear in an assortment of video games, animated television shows and movies, trading card games, and comic books licensed by The Pokémon Company, a Japanese corporation”. The same source describes Pokemon as “a media franchise owned by The Pokémon Company, a Japanese consortium between Nintendo, Game Freak and Creatures. The franchise was created by Satoshi Tajiri in 1995, and is centered on fictional creatures called ‘Pokémon’, which humans known as Pokémon Trainers catch and train to battle each other for sport”.

I know; I should have posted a warning or something before just letting you roll right into reading that. Sorry.

Anyway, having worked for Nintendo of America and having operated gaming- and collectibles-related businesses in the past, Pokemon is something I’ve been at least peripherally familiar with for quite a while. That said, roughly 95% of my knowledge regarding Pokemon history has come in the last two weeks or so as I’ve tried to get a handle on the Pokemon GO phenomena.

For those who have been blissfully disconnected from Western Civ in any meaningful way over the past couple of weeks, Pokemon GO is (as once again taken from Wiki):

. . . a free-to-play location-based augmented reality mobile game developed by Niantic and published by The Pokémon Company. It was released in July 2016 for iOS and Android devices.

The game allows players to capture, battle, and train virtual creatures, called Pokémon, who appear on device screens as though in the real world. It makes use of GPS and the camera of compatible devices. The game is free-to-play, although it supports in-app purchases of additional gameplay items. An optional companion Bluetooth wearable device is planned for future release, the Pokémon Go Plus, and will alert users when Pokémon are nearby.

The game quickly became one of the most used smart device apps after launching, surpassing the previous record held by Candy Crush Saga in the United States, and was a boon to the stock value of Nintendo. It brought augmented reality to the mainstream, and was praised by some medical professionals for potentially improving the mental and physical health of players, but also attracted some controversy due to reports of causing accidents and being a public nuisance at some locations.

This game has become huge. It’s become a thing; a cultural event.

Which means, of course, that most professing evangelicals in America hate it.

Which means, of course, that most professing evangelicals in America are still locked into the shallow, small, paranoid and preemptively culture surrendering mindset that they’ve used to lead the culture to where it is now.

One of the things I’m reading and hearing a lot about with regard to Pokemon is its “satanic roots” (or “pagan roots” or some similarly bad-root-based complaint).

This “satanic roots” deal has become more of “a thing” for American evangelicals than Pokemon GO has become for Americans in general. I know that’s saying a lot, but it’s an easily validated claim when you just take a moment to consider how practically everything that can somehow be linked or traced to pagans of some sort in some way is nowadays routinely savaged by the loudest evangelicals in the land as being the wholly owned property of The Devil.

From this intensely unbiblical perspective as commonly expressed by American evangelicals, once The Devil (or his minions) lay their hands on a thing and use it in some perverted way, they own it forever and Christians should never have anything to do with it again.

This line of laughably unbiblical attack is regularly used to savage everything from Christmas to Thursdays (named for the Norse god of thunder, don’tcha know).

And while this approach may indeed be laughable in that there is so much material provided by evangelicals that can and should inspire some heavy duty if-you-don’t-laugh-you’ll-cry moments, the fact is that this approach has been incredibly destructive. This evangelical approach to God-made things that have been corrupted by sin is one of the major contributors to our ongoing cultural plunge into oblivion.

The notion that The Devil gets to own and keep any good thing that he corrupts through sin has led American evangelicalism to flee from practically every realm and field of battle in God’s material world, leaving enemies of Christ to capture and dominate practically every life- and culture-shaping sphere of reality, rather than taking that territory back and reconciling it to Christ in accordance with the Gospel-fueled Great Commission.

This idea that if you can find a “satanic root” or “satanic link” to a thing, that the thing in question must be abandoned completely and fled from while shrieking like a terrified little girl at every opportunity is an idea that simply has to go.

We have to repent of this.

We have to kill it.

We have to take the territory that we’ve been commanded and equipped to reconcile to our King by way of His Gospel and His Great Commission, and that territory covers everything, including the profoundly influential and culture-shaping realms of gaming and technology.

These things do not belong to Satan.

They belong to Christ.

And He is taking them back.

He is reconciling them unto Himself through the power of His work on the cross and His use of His people who’ve been given His Word and His Gospel.

When someone talks about an otherwise perfectly fine and good thing, like say, a piece of art or technology, as being somehow fundamentally evil because of the motives or worldview of its earthly creator, or its use in some sinful way, we have to see that not necessarily as a sign to write off the item in question. We have to see it as an opportunity to distinguish the otherwise good thing in question from the ways in which it has been misused or corrupted so that, when possible (and it won’t always be possible), we can be about the business of reconciling all things in accordance with Colossians 1:15-20.

If a beautiful wood chair was crafted by a satanist, would that make the chair satanic?

If a wonderful painting of a sunrise was crafted by a professing atheist, would that make the picture inherently atheistic or evil?

If a cute, cuddly-looking little digital creature was made by a Japanese company operating from an unbiblical worldview, does that make things like cute digital creatures inherently anti-Christian or evil?

They are not the problem.

They are not to be pointed at and blamed for their sinful use.

So when someone tries to go the “satanic roots” route in impugning something like digital puffball playthings like Pikachu as somehow being inherently satanic and off-limits to Christians, kindly point out to them that satanic roots are the very things we’re supposed to identify so that we might separate them from the things they’ve corrupted, rather than leaving the tainted things in the happy grip of the enemy of our King.

Satanic, pagan, unbelieving “roots” are to be uprooted and burned, not used as an excuse to flee in terror and abandon their prisoners to the enemy.

This is the vision that American Christianity has abandoned.

This optimistic, victorious, Christ-centered approach to life- and culture-building that was once central to those who founded the land that we now call America has been traded in for a cowardly, weak, culturally impotent counterfeit religion aiming to run from every field of battle like scared little girls while waiting to be raptured away from responsibility for the Great Commission that Christ the King has given to His true people.

That’s why America is circling the drain.

And that’s why American Christians are terrified by Pikachu.