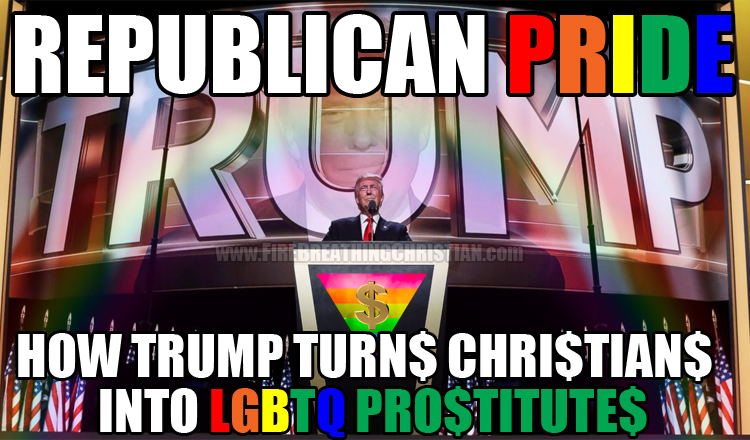 For all of my adult life, and much of my pre-adult life, I’ve been very interested in politics. For most of my Christian adult life, I was a proud member of what I’d now describe as the Rush Limbaugh conservative camp and an ardent adherent of “lesser of two evils” political philosophy.

Again, all by the grace of God.

Since repenting I’ve strived to submit even my most precious, dear, and deeply held political and patriotic thoughts to regular testing by the perfect light of the Word of God, hoping and praying that He might actually show me a way do something real about the slow-motion trainwreck that is American culture, rather than just complaining about it as it circles the drain and dies.

This has been challenging, to say the least, but as I’m brought along this path (again: grace, grace, grace) and learn to tackle, test, and reform my understanding and approach to things like politics and patriotism, I’m both amazed at how thoroughly wrong I was and inspired by how much God has revealed by the light of His Word through the guidance of His Spirit within. That second part – the inspiration that comes as the veil of darkness is slowly lifted and taken away – when combined with the realization that God is doing something big here in awakening and raising up a people at this critical point in history, tends to keep me happy, optimistic, and excited about the future even as I encounter and endure things like…the 2016 Republican Party Convention.

Having been a political junkie pretty much from birth, I’ve watched a lot of RNC and DNC conventions. Even though I’m only in my 40s, I’ve soaked up tons of convention coverage dating back to the ’70s along with truckloads of commentary and discussion as to what was done at those conventions, how it was done, why it was done, and how it all worked out in the end.

That being said, I felt a real pull to watch even more of the 2016 RNC event than I had in years past. Call me crazy (or a glutton for punishment, or both), but I just couldn’t resist the urge to take in as much of this particular convention as possible. So I watched it all.

What I couldn’t watch live, I watched in recorded form.

I wanted to see and hear firsthand what the Republican Party was all about in its own words, on its own terms, as presented in it’s own carefully choreographed convention.

I wanted to see, hear, and test what the Republican Party actually is, as opposed to what some imagine it to be, wish it to be, or hope it to one day become.

After watching the whole production, four concepts stood out as what I’d call the Four Legs Of Modern American Republicanism:

1. Pride – One core concept that’s so pervasive and so dominant a theme in national-level GOP thinking that you might not even notice it if you don’t force yourself to pay attention is the absolute and complete Republican Party commitment to pride over repentance. Everything about this convention – a convention literally occurring as the wrath of God pours down on America – centered on pride. The anti-Christian core of this political movement couldn’t be more starkly on display than in its constant promotion of pride and constant avoidance of repentance…though most professing Christians in America who watched probably didn’t even notice, which is itself glaring evidence of the wrath of God upon us.

While we’re on the subject of pride, we should note the modern Republican Party commitment to the LGBTQ/sexual chaos/anti-Christian identity movement. This was a theme of the convention, and purposefully so. More on that later.

2. Materialism – Everything about the modern national-level GOP worldview begins and centers on defining success by base materialist standards, and every flagrant evil perpetrated and advocated by the national-level GOP is justified by its payoff in dollars (or jobs that produce dollars). Thus, better corporate jobs and higher incomes are The Solution to what ails us and The Donald is heralded as the ultimate example of a true visionary leader who knows how to “get things done” here in “the real world” – a world in which Christ is not King and the ends (material wealth) justify the means (casinos, porn, strip clubs, etc.).

The modern Republican vision and worldview is all about encouraging everything to be measured in dollars, and therefore every “lesser value” to be flexible and up for sale, so long as the amount of dollars offered is deemed high enough. Our pursuit of material comfort and ease is thus used as the lever by which everything – and I mean everything – else is moved.

This is how and why most professing Christians in America are now open (and often eager) to vote for a man like Donald Trump to “Make America Great Again”. We’ve sold out. We’ve become both prostitutes and pimps at the same time. More on this later.

3. Statism – Everything about modern national Republican politics centers on the worship of America. Just like its counterpart in the DNC, the RNC is all about pimping and promoting the American State as god in practice. At the beginning of last week, just as the Grand Old Party was kicking off its convention in Cleveland, we offered up 7 Things Christians Should Look For At The Republican Convention. If you want to get a feel for just how thoroughly Statist even most professing Christians have become in 2016 America, check out that list and ask yourself, “How many politically active professing Christians in America would even think to look for – much less hope for and work towards – these things at a political convention?”

4. Prostitution – Our pride has fueled our materialism, and both have fueled our Statism, with our Statism making us eager, compliant prostitutes willing to do anything for a buck…and I mean anything. There’s no anti-Christian approach to any area of life too low or dark for us to endure, embrace, and eventually celebrate as we proudly, unrepentantly trot on down the tragic but entirely predictable path to where all dedicated crack whores end up.

We’re totally addicted to pride, the pursuit of money (and not even real money at that), and worship of the American State.

So in accurate and familiar biblical terminology, we are whores.

And by “we” I mean professing Christians in America.

That’s what the Republican Convention has made plain…whether anyone wants to notice or not.

When Donald Trump’s “good friend” Peter Thiel is invited to take a prime spot at The Donald’s GOP Convention so that he can proudly proclaim his homosexuality and tell us about how “fake culture wars only distract us from our economic decline”, The Donald and The Thiel are making plain the prostitution of the American Christians who’ve made their ascent possible.

What is “the fake culture war” of which Thiel speaks?

Why, it’s the Gospel-fueled Great Commission command to repent, believe, and submit to Christ as King in practice…all practice…economic, business, political, sexual…

And his “good friend” Donald Trump is right there with him.

So when The Donald gives Thiel a national (and even global) platform from which to belittle a “fake culture war” being waged against his wicked worldview and lifestyle, and he is invited to do this just moments before Trump takes to the same podium to accept the nomination to the wild cheers of professing Christians across the land, we need to pay attention.

We need to notice the whoredom.

We need to point out the prostitution.

When Donald’s friend Peter tells us that we are being “distracted from our economic decline” by a “fake culture war”, we need to see and hear what is so clearly being communicated to us. We need to see the bribe being offered with such confidence and boldness by a proudly homosexual man to masses of supposedly Christian Republicans.

We need to stop applauding, encouraging, and practicing this prostitution.

We need to stop supporting its promoters.

We need to stop voting for its pimps to “lead us to greatness”.

Instead of continuing down that GOP-greased rail, we must do the one thing most dutifully avoided, most vigorously opposed, and most religiously hated by Trump, Thiel, and the modern national-level Republican Party.

We must submit to Christ as King right here and right now in every realm of life.

That is the political (and economic and legal and educational) message that we as Christians must stand for and advance at this critical hour.

That is the one and only true solution that we are to advocate in the political realm or any other…even when the Republican Party offers us a ton of (fake) money to keep us comfortable, lazy, and compliant for just a little while longer as they finish marching the culture to hell.

It’s time to recognize and repent of our prostitution.

That’s the great (if unintended) message of the 2016 Republican National Convention.