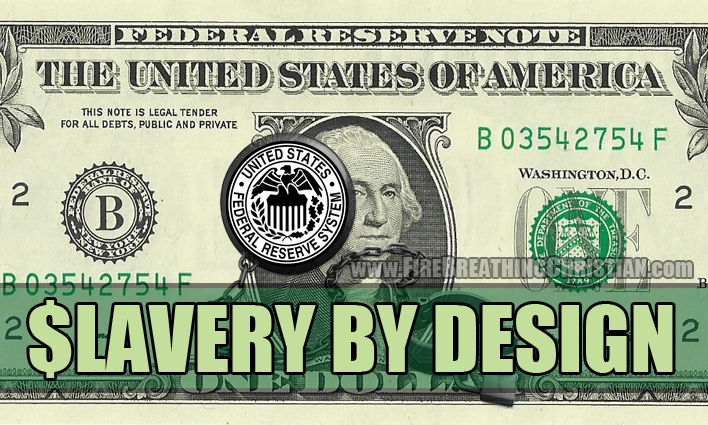 For all the reasonable criticisms and concerns that are often lobbed towards Millennials as a group, there are at least as many dishonest, self-serving, and often flat out wicked insults added to the mix.

They were born into this socialist sewage, with key ingredients of said sewage (like the aforementioned public schools and Social Security) now defended and propped up at every turn by the very “conservative Christians” who are often quickest and loudest with their insults concerning “those entitled, lazy little brats” in the Millennial generation.

That’s where we are now. And based on the self-righteous, proud, and utterly disconnected from reality attitudes regularly on display from most older Americans claiming a “conservative Christian” view while propping up the very System of systems that is purposefully producing the results they claim to find so disgusting, it doesn’t look like it’s gonna get much better anytime soon. It seems clearer by the day that anyone (Millennial or otherwise) living in America who wants to see actual (meaning: biblical) freedom, liberty, prosperity, and peace take root in their lives and throughout the culture will have to fight to secure those things over the opposition of millions of self-identified conservative Christians who refuse to repent of the many systemic, anti-Christian approaches to law, economics, education and pretty much everything else as currently embraced in America and exalted in American tradition.

The good news for any and all Americans graced by God with a zeal for biblical repentance and reformation is that He is providing incredible opportunities for the active pursuit and expansion of biblical approaches to every aspect of life even as an American System built upon anti-Christian approaches to law, economics, and education comes crashing down around us.

Not only is God raising up a people for Himself, He is also raising up technologies and circumstances that will inevitably lead to the proliferation of true liberty, freedom, and prosperity…over the dead bodies of His enemies. No matter how hard they may try, advocates of unbiblical centralized power – through which the proliferation of unbiblical approaches to law, economics, education, art, and everything else are enabled – will be swept aside into the trash bin of God’s creation of history.

So obvious are these opportunities becoming now that even pagan, unbelieving eyes are able to recognize and appreciate them at some level.

Along those lines, I’d like to share some thoughts from an article posted recently at ZeroHedge, entitled Dear Millennials: If You Want To Escape Minimum Wage Debt-Serfdom…:

Those without value-creating human/social capital will be mired in a low/minimum wage environment that will make it difficult to escape debt-serfdom.

Let’s start with the sobering reality that the Millennial generation faces economic challenges that are unique to this era: sky-high student loan debt, soaring costs for basics such as rent and healthcare, a stagnant neofeudal crony-cartel economy and an intellectually bankrupt status quo in thrall to failed ideologies: Keynesian Cargo Cult central banking, outdated models of capital and labor and an unthinking worship of debt-funded centralization as the “solution” to all social and economic ills.

The potential solutions are also unique to this era. Never before has humankind had such a wealth of revolutionary decentralizing technologies: nearly friction-free peer-to-peer networks and commerce, decentralized cryptocurrencies and the expansion of what my friend G.F.B. describes as neo-tribalism: opt-in communities that are not bound to geography or central-state imposed identities.

“Never before has humankind had such a wealth of revolutionary decentralizing technologies . . . ”

Get that one down, people.

Thank God for it.

And if you want to get a little more jazzed and a little more informed on the truly awesome opportunities for radical positive change emerging even as I type these words, please consider checking out some of our earlier posts on this subject:

That’s where it’s at.

That’s where true peace, freedom, liberty, and prosperity are to be found…and there alone, whether you’re 100 or 10, man or woman, boy or girl.

King Jesus has given us all that we need: Him.

So let’s live accordingly and enjoy the benefits, all by His grace and all for His glory.