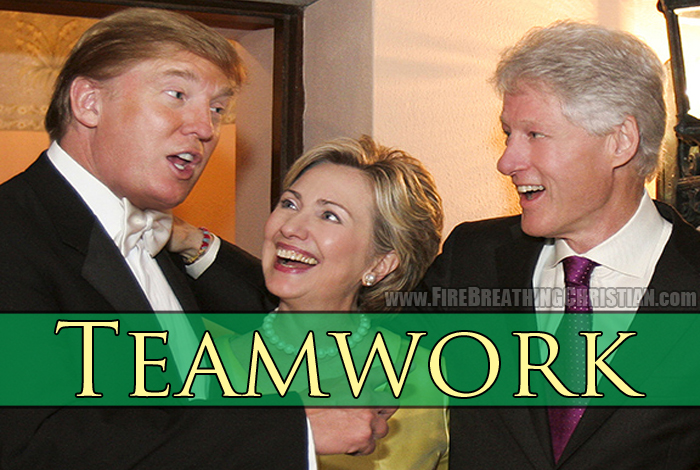 The chants of “lock her up!” barely had a chance to finish echoing through the countryside before The Donald decided that justice for Hillary really isn’t such a big deal after all.

So what about all o’ those “Hillary for Prison” yard signs, bumper stickers, and t-shirts? How are they lookin’ right about now?

“Kellyanne Conway, who ran Donald Trump’s presidential campaign and now works with his transition team, told MSNBC’s Joe Scarborough on Tuesday that the president-elect doesn’t plan to follow through with one of the central promises of his campaign.

Conway confirmed Scarborough’s reporting that Trump won’t “be pursuing investigations” against his Democratic rival, Hillary Clinton, and suggested that Republicans in Congress probably would get that message.

“I think when the president-elect who’s also the head of your party now, Joe,” Conway said, “tells you before he’s even inaugurated he doesn’t wish to pursue these charges, it sends a very strong message, tone and content to the members.

“Look,” she added, “I think he’s thinking of many different things as he prepares to become the president of the United States and things that sound like the campaign aren’t among them.”

There’s a tacit admission there that Trump’s insistence that he would prosecute Clinton was all campaign rhetoric. . . “

So Hillary seems safe for the moment, thanks in no small part to the proclamations of a President-elect who became President-elect by promising to “drain the swamp” and “lock her up” while representing the interests of “the common man” and the principle of fairness in an American age defined by one set of rules for elites and another for the lesser masses.

Now that the votes have been cast and the election has been won, we’re beginning to get a sense as to the reliability of all o’ those big, bold, loud, and proud Trump campaign promises.

Anyone out there in Trumpland starting to feel like Ivana Trump yet?