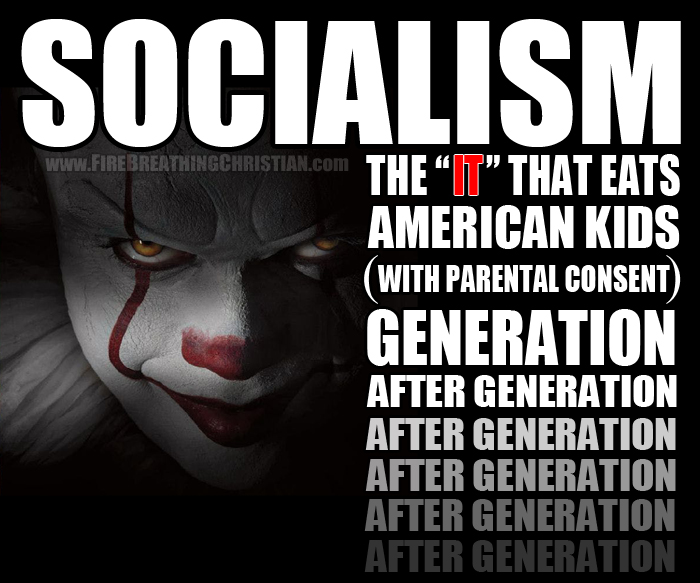 Right now American children are being sold into bondage. You know it. I know it. Everybody knows it.

But we keep doing it anyway.

This seems like a timely question with the United States’ national debt having recently crossed the twenty trillion dollar threshold (that’s $20,000,000,000,000.00) at the same time that the whole notion of a “debt ceiling” is about to be formally ditched by the powers-that-be in Washington DC.

Now back to the question: Why?

Why do we keep feeding our own children and grandchildren into a woodchipper that we know is designed to shred future prospects for prosperity, freedom, and liberty? Why do we keep playing the same comically tragic games with our approach to politics, law, and civil government even as steaming mountains of toxic cultural carnage pile higher and higher around us?

Because we love Socialism.

So in order to prop up the unsustainable, unbiblical All-American constructs upon which we’ve become dependent, we keep right on feeding our own kids’ future into the woodchipper.

Nothing Stephen King’s ever written has been as consequentially evil as the Creepy Clown “Conservatism” that props up the very systems dragging us to ruin and our children into bondage. The sooner we wake up to the fact that the Pagan Political Right and Pagan Political Left are two wings of the same dragon, the sooner we will be on a real path to true freedom, liberty, and justice for all.

Isn’t that the course we should be charting for our children?