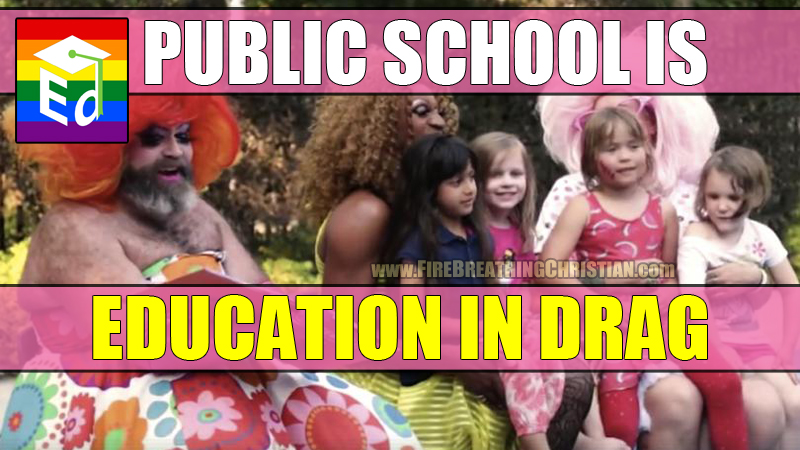 As we roll into August, two sad trends are likely to continue:

1. Public schools will continue to deny Christ as Lord while embracing the satanic model of education first advocated in Genesis 3, discipling the young accordingly, and

2. Millions of professing Christian parents will continue to feed their precious little 4-, 5-, and 6-year olds to the beast of State-run “education”.

The good news is that more and more Christians are repenting of any past support of the inherently anti-Christian public school system and finding biblically sound alternatives for their children’s education. Many of these parents have embraced a home- and family-based approach to education, viewing education as a daylong, lifelong endeavor rather than the farcical caricature of Christ-defined knowledge that education has become under the care and control of the State.

The bad and sad news is that many professing Christian parents, often encouraged by their church leaders, are still feeding their children to the beast of State-managed worldview programming, even though each passing school year reveals perversions embraced and promoted by public schools in increasingly dramatic fashion and on an increasingly grand scale.

Even last year’s chronicling of events like “Drag Queen Story Time” in Canada apparently didn’t shine enough light on the fundamentally destructive nature of an approach to education lifted from the serpent’s tongue in Eden.

Here’s some of what LifeSite News shared last August:

Kane told nowtoronto.com, “The younger we get these little kids embracing people’s identities, ethnicities and family dynamics, the more they are exposed to the fact that this is just another form of life.”

In a video posted by Today’s Parent, Kane says, “When you think about it, really, bringing drag performers together with little kids — it’s kind of a perfect relationship.  … Drag performers are clowns, right? They play things up. They’re over the top. They’re like a cartoon come to life.”

Some parents have repented and spared their children more of the serpent’s approach to education as modeled in public schools.

Many have not, often due to in large part to their own church leaders’ epic fail on the vital life- and culture-shaping subject of children’s education.

The tragic irony of many Christian leaders doubling down on the legitimacy of State-run pagan instruction for vulnerable, malleable little ones even as drag queens and perverts openly indoctrinate the children of professing Christians is hard to stomach, as it should be.

May God grace those still clinging to the idol of State-run “education” with the brokenness and repentance necessary to liberate their children and others from the bondage and destruction that inevitably flows from the serpent’s tongue.

I know, I know…all of this “serpent’s tongue” talk sounds quite dramatic and over the top, doesn’t it?

Did the serpent express an approach to the pursuit of knowledge in Genesis 3 and are public schools built upon that approach?

Which is precisely why those trying desperately to prop up the rotting zombie of State-run children’s education would rather you dismiss that question as “too dramatic” or “too over the top” to warrant simple, clear, honest consideration…you know, the kind of thing that takes place in real education.

I encourage you, Christian, open your Bible, dig deep for the answers, and submit to the truth contained therein, no matter how hard or unpopular that may make you with the culture at large or even others in your own church.

Do this first for your Lord.

And then for your children.

For more on this important subject, please consider our other articles on related topics, including:

Temples of the State: The VERY Religious Mission of American Public Schools
10 Evils Parents Teach Their Kids By Sending Them To Public School
.