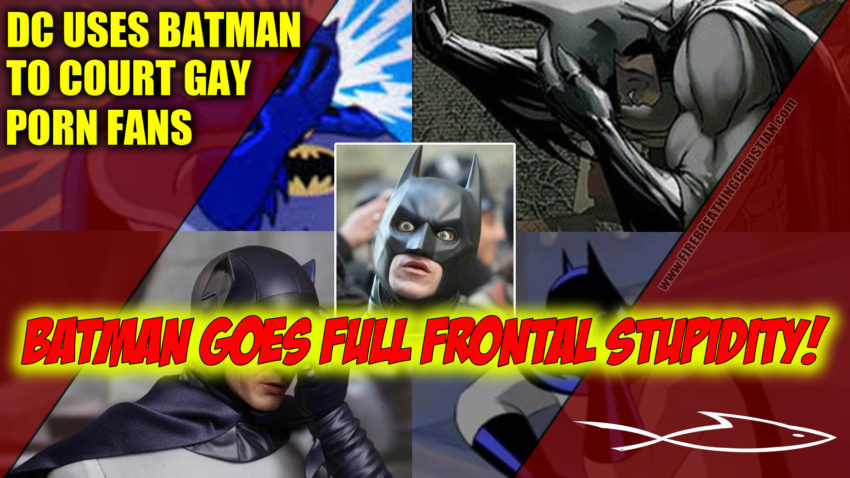 DC Comics recently released a new Batman comic book in which Batman is presented in frontal nudity form. While the new title, appropriately titled Batman: Damned, gives us clarity on parts of Batman that few, if any, Batman fans actually want, perhaps the even more pathetic and disappointing revelation made plain by Batman: Damned is the marketing direction being charted by SJW dominated DC Comics.

Remember: The vast majority of Batman comic fans – the people to actually pay for the books (and thereby the paychecks of the SJW wackos ruining icons like Batman) are, like it or not, heterosexual males.

For those slow to connect obvious dots, heterosexual males generally (and often emphatically) have no interest in full frontal nude views of males (heroes or not).

Moreover, the same current and vastly heterosexual Batman fanbase is very likely to be seriously turned off and repulsed by DC Comic’s move toward full frontal nudity as part of its “adult” or “mature” lines of comics.

Why is DC charting a course that will repulse vast numbers of existing Batman fans in favor of pursuing new fans who are apparently defined by an appetite for looking at naked men?

What does all of this tell us about the nature and character of DC Comics as it exists today under the control of SJW zealots?

These are some of the questions we explored in a recent vlog at our YouTube channel.

If the above embedded player doesn’t work, you can access the clip by clicking here. Please share it wherever you think it might be appreciated (or productively agitating).

Your support is much appreciated!