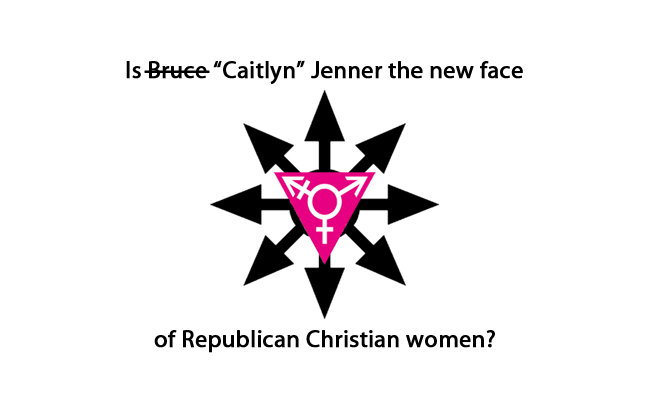 What does it look like when a culture dives deep into the Kool-Aid of “We the People” as god in practice?

What does it look like when everything – beginning with the Nature of God and the necessity of His Word to life – is left open to our self-serving, self-centered interpretation (and perpetual re-interpretation)?

A great place to look for that answer on this particular day is a recently released preview of the upcoming cover for Vanity Fair, featuring “Caitlyn” Jenner.

In a culture defined by the idea that “We the People” get what the majority of us want at any given moment where matters of definition are concerned, and in a time when the vast majority of State-“educated” and Corporate pop-culture programmed Americans are increasingly apathetic about defining, much less defending, anything remotely resembling a biblical understanding of family and even gender itself, then why wouldn’t we expect the American culture to just take “Caitlyn” at her(?) word?

How’s that for clarity?

What could possibly be confusing about that kind of approach to reality, right?

And what could be more predictable?

If Scripture doesn’t even define the necessity and exclusivity of God for us in America, then why would things like family and gender be any different? (See: Note to ‘Merica: There is no “God-given right” to worship false gods. Repent accordingly.) 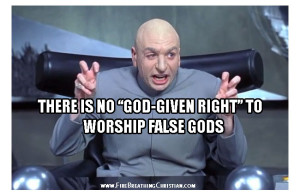 If we get to define law, economics, work, business, art and everything else here and now “in the real world” based on our own preferences, then why not family and gender, too?

This is what Scripture means when it talks about the unbreakable Nature and Law of God as lovingly revealed in His Word.

This is what we’re seeing run its course in a land temporarily defined by American pride en route to American ruin.

To all of you who are still looking to Pagan Right “leaders” and “experts” to save the day and right the ship, I respectfully offer one word for your prayerful consideration: Repent. (See also: Confronting the Gay Orwellian Party: Dragging the Pagan Right out of the closet and into the light.)

Until and unless we, the true Church of Christ the King, lead this culture in repentance and submission to Him in every area of life right here and now through His Gospel-fueled Great Commission, the likes of “Caitlyn” Jenner will indeed increasingly become the face  – and accurate representation – of “American Christianity”.

So, Christian, what are you going to do about it?