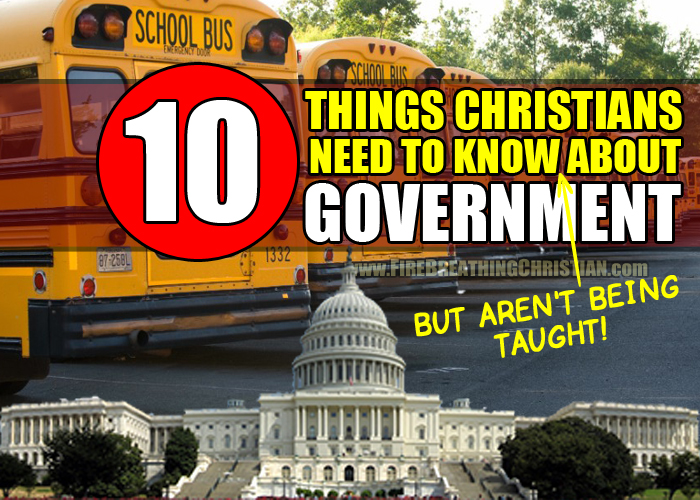 Where our American culture and civilization was launched as a direct consequence of a distinctly Calvinistic Christian worldview with an optimistic eschatology that actually dared not only to believe but practically live out the Gospel-fueled Great Commission, we now find ourselves in the midst of a multi-century slide into the darkness that inevitably comes when people trade in biblical Christianity for any of its pessimistic, cowardly little counterfeits.

After many generations of State-managed programming, we’ve devolved into a people who not only disregard the very worldview that literally inspired the foundation of America, but, even more tragically, we’ve become a people who openly oppose and often despise the essential core concepts of that worldview – the same driving concepts that ignited “the great American experiment” in the first place.

So here we are, many generations into that slide, living in a culture that likes to imagine and proclaim itself to be Christian while openly practicing, advocating, and even celebrating scores of obviously and dramatically anti-Christian approaches to life and culture.

For example, we actually defend the “right” to build mosques and worship false gods as “a God-given right”.

While you’re thinking about that terrifying fact of contemporary American cultural and political philosophy, realize this: It’s not an anomaly.

Our open repudiation of God is hardly limited to that one glaring, gut-wrenching example. To the contrary, the list of rancid, suicidally stupid examples of rebellion against God in our approach to law and government is long…very long…

We won’t attempt to compose that list here, but you get the picture.

With that picture duly noted, it’s important to not merely catalogue our grievances or list the horrors of our current Orwellian State government in the U.S. (though such grievances and lists definitely have their place). What we must also be doing if we aspire to bring lasting positive change to this dying land is clarify what civil government (the State) actually is from a biblical perspective.

When it comes to pursuing good government, if we don’t have a target to aim at, we’re quite unlikely to hit it.

So let’s paint the target.

Or at least try to.

To that end, I’d like to offer up a list of ten relevant points for your consideration. This is in no way intended as a comprehensive list of what a biblically sound State should look like. What it is intended to be is a helpful aid in clearing up some of the misunderstandings and downright lies about the State that seem to permeate our culture at this point in history.

In order to keep these points relatively digestible, I’m gonna at least try to make ’em brief or at least brief-ish (with links provided to articles that elaborate on certain relevant points).

That said, let’s dive on in…

10 THINGS CHRISTIANS SHOULD KNOW ABOUT GOVERNMENT:

Another item that could easily be included on this list, but hopefully is so obvious at this point that inclusion isn’t necessary, is that The State should have no power or authority over the process of educating children. None whatsoever. To give the State the power to sculpt the minds of the young is to give the State the power to disciple each successive generation to become ever more State-centered in thinking, ever more State-dependent in practice, and ever more anti-Christian in worldview…which is exactly what State-run children’s “education” has gotten us in America.

I hope that these clarifications are helpful and encouraging – helpful in shedding light on the subject of civil government from a biblical worldview perspective and encouraging in that we have been given light by God on this subject so that we might apply it right here and now no matter how dark or desperate things may seem. By God’s grace, we’ve been called and equipped to productively apply the Gospel-fueled Great Commission even to the realms of politics and civil government.

As unbelievable as it may seem from where we now stand, we really can bring beauty, truth, and liberty-protecting power back to the State…one supernaturally inspired, grace-fueled step at a time…

It’s time to make a serious start to that journey.

It’s time to paint a biblically informed target so that we know where to aim.

Only after that first step is taken can the real work finally begin, so let’s get this show on the road, shall we?