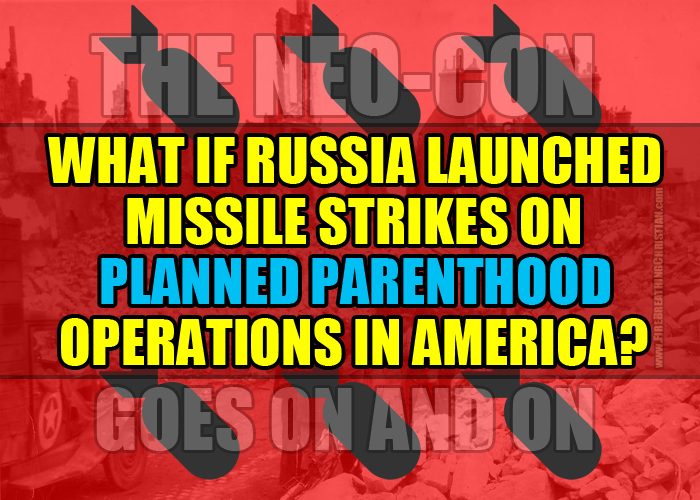 It’s been a revealing year or so here in “the land of the free” and the home of the NSA.

The American Perpetual War Machine is as itchy for war with Russia as it’s ever been and we’re as nonchalant as we’ve ever been about committing flagrant acts of war all over the globe while simultaneously raving on about the “sanctity” of our electoral processes and such, lest any “hostile power” out there decide to take out some Facebook ads to try to influence our elections (or something like that). From our perspective, if we want a certain leader installed in a particular foreign land, we just invade the land in question and put our puppet in place.

So here we are in April of 2018, having just celebrated our second annual bombing of Syria, which seems like a good occasion to take stock of various related situations.

For example, there’s the way that Republican Presidents just can’t seem to do anything but massively grow the power of the State by steadily delivering boatloads of stolen-from-taxpayer funds to everything from the Military Industrial Complex to mass murdering, baby butchering operations like Planned Parenthood.

Lest we forget, it was just weeks ago that Republican leadership, including President Trump, signed off on an insanely deranged, detached from reality omnibus bill that kept right on shoveling the cash into the Welfare/Warfare State machinery while finding half a billion dollars for Planned Parenthood…all while preparing to run again in November on “defunding Planned Parenthood”, of course.

At least if we assume Einstein’s definition of insanity and understand that America has apparently been “given over” and is under judgment a la Romans 1.

The evidence just keeps piling in on this, not the least of which is the now laughably tragic repetitiveness of it all.

Last April, after Republican President Donald Trump authorized the first of what now appears to be an annual event where attacking Syria is concerned, we posted What if the US military was used to end the mass murder of American children?, where we noted:

Now here we are in April of 2018, half a billion in Planned Parenthood funding and another open act of war on Syria later, all under Republican “leadership”.

And what’s the most disturbing part?

Well, there are many viable candidates, but one worthy of nomination has to be the way that so many American “conservative Christians” are cheering it all on.

Have they no shame?

No. Not really. Anything done in the name of patriotism or The America Idol seems to be above and beyond serious criticism.

Have they lost their minds?

That passage is no joke…and it fits 2018 America like a glove.

How crazy have we become?

How stark raving hypocritical and murderously arrogant are we as a people?

To get a sense of just how far gone we are, I suggest asking five or ten average self-identified conservative Christian Republican diehards what they would think if Russia successfully launched missile strikes on Planned Parenthood facilities operating in the United States.

Get their sense of what sort of response we should have to that attack.

Test for their consistent application of any worthwhile virtue or value system.

And be prepared to weep.