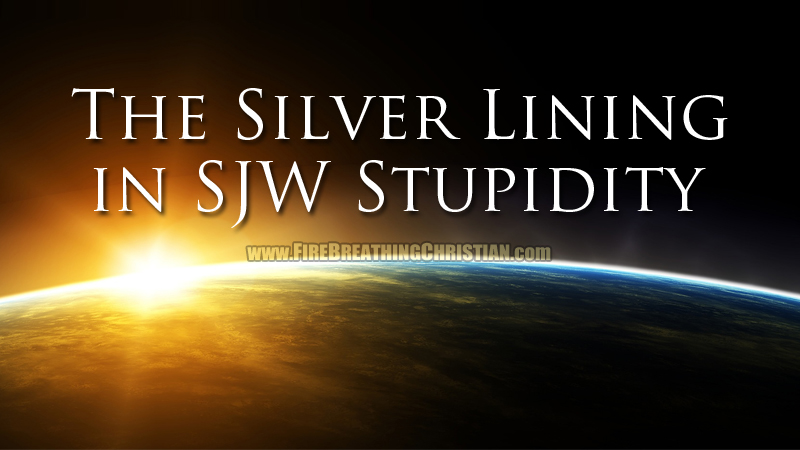 The cultural chaos unfolding around us is no accident.

The assault upon God-given institutions and (*gasp*) hierarchies is quite purposeful.

It’s no coincidence that as our culture loses its grip on even the most basic terms, like boy and girl, we also see wishful revolutionaries raging against God’s creations of family and church structure. The spirit of this passing age is, at the moment, to deconstruct everything in association with the pitch that “in order to bring about the good change that we need, we must first tear down the structures and systems that are holding us back,” with these structures being, among others, family and church.

Hierarchy is to be done away with.

Patriarchy is to be smashed.

To that end, along with many other ends neither imagined by most of these revolutionaries nor discussed by those who do have a clear vision of the end game, we are all supposed to get in line and:

A) Only notice the ethnicity/sex/sexual identity of a person (who cannot be thought of as an individual, but must always be considered as part of a group) when it comes to ranking/evaluating positions held or arguments made by that person, while B) not at all noticing, much less factoring in, the ethnicity, sex, or sexual identity of a person while evaluating their fitness for an actual position in a family, church, or business. Unless noticing said ethnicity/sex/identity factors would lift the person under consideration above another candidate who has a less desirable ethnicity/sex/sexual identity combo according to the Hierarchy of Value imposed by those claiming to be at war with hierarchies, which tend to place (judge?) white heterosexual married old Christian males at the bottom of a looooooong ranking system that places something like a seriously disabled, multi-ethnic, mutant, transgendered Satanist at the top. Then, in such instances where one person is clearly ranked above the other in this Hierarchy of Value, we must not only notice the ethnicity/sex/sexual identity distinctives (which aren’t even really distinctives until and unless we notice them, you see), but we must use those distinctives as the basis upon which we make our position-related decision within the family, church or business in question.

See how easy that is?

All of which is another way of saying that: A primary purpose of Cultural Marxism and it’s favorite gimmick, Identity Politics, is to paralyze and destroy individuals, businesses, communities, culture, and civilization itself.

The whole point is to make critical thought and dialogue impossible.

This is why lumping people into groups and judging them corporately in selectively applied, utterly inconsistent manners, is *ahem* critical to the SJW cause washing over the culture these days.

This is why in SJW parlance I am merely “a white person” or a part of “the white church” (whatever that’s supposed to be – and, make no mistake, the definition, when offered at all, will routinely shift in deference to the agenda and goals of those using the label), regardless of my unique composition and experience as an individual.

For the garden variety race-baiting SJW pimp, it matters not where I grew up, what my background actually is, where I’ve lived, what I’ve done, or what I actually believe as a thinking individual man.

I’m just “a white guy”…or “a white Christian”…or…you get the picture.

And, of course, when “people like me” dare to push back against anything that comes out of a SJW pimp’s mouth, they simply play the automatic disqualification game based on…you guessed it…their own rank racism/hypocrisy/bigotry, which is totally legit, of course.

This is what a suicidally stupid culture looks like as it circles the drain on the way down to the hell and death (or is that death and hell?) it deserves.

And, in case you missed it, that is where the silver lining is, in a kind of imprecatory sense anyway.

As with all cultures that succumb to the SJW virus, this one will die. (See: Want to see America in Scripture? Try Psalm 2.)

Apart from repentance, it will inevitably fade from the scene, leaving…guess who?

Last year in From Babel To Pentecost: How The Kingdom Of God Is Built Upon The Ruins Of Enemy Empires, we put it this way:

“From the rubble of Babel through the fire of Pentecost, a Kingdom is rising.

All along the way each of them leaves behind various tools and technologies through which He continues to bless His people as they advance His Kingdom, all by His grace and all for His glory. . . “

Ultimately, it’s the unrepentant wannabe SJW-style revolutionaries who go away, and God’s faithful remnant who, buy His grace and for His glory, stay.

So think of the SJW nuttiness unfolding around us as just another clear sign of the Romans 1 judgment that is even now in the process of sweeping God’s enemies from the face of His earth.

I hope that this truth helps inspire a smile and some added graciousness the next time an SJW Pimp tries to play their sad little game with you.