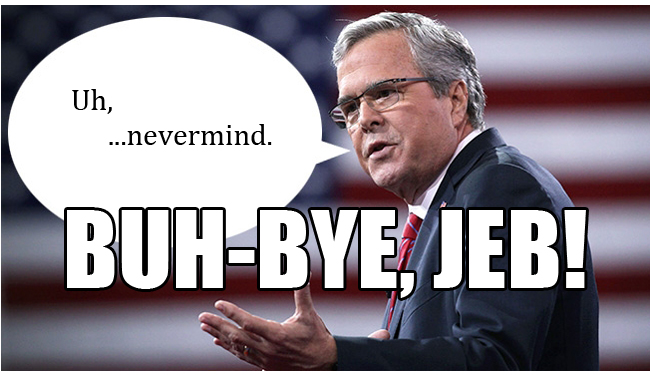 Somewhere between his offer to give “a warm kiss” to a certain kind of Democrat and diving headlong into the Marco Rubio shaped woodchipper parked next to him at last night’s GOP debate in Colorado, Jeb Bush finally fully flamed out.