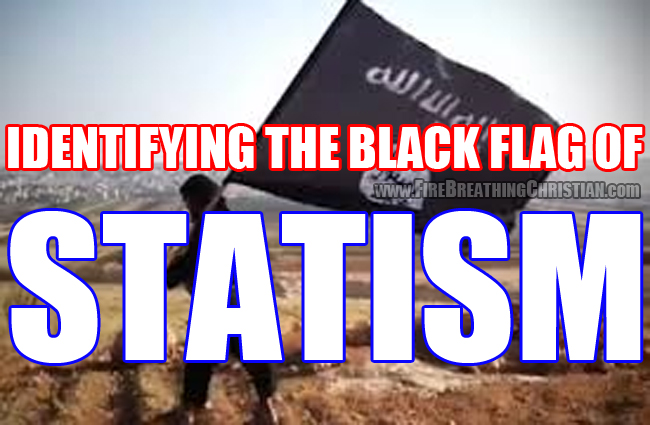 It’s not hard to see what’s going on here.

It’s more a matter of desire than ability for most; of not wanting to see that which is obvious but far too frightening and intimidating to acknowledge as truth.

The US and its allies routinely find ways of “accidentally” funding and fueling ISIS, al Qaeda, and the like. (See: Oops! We “accidentally armed ISIS”…again… and Oops, we “accidentally” gave ISIS a boatload of Toyotas.)

Then ISIS, al Qaeda & Friends are used to justify all manner of destruction of liberty at home and perpetual war overseas. (See: Problem>Reaction>Solution – Why we will beg to have our freedoms taken away and go to war forever.)

Yes, ISIS, al Qaeda & Company are truly evil. They really and truly employ complete Islamic nutcases hell bent on pursuing all manner of wicked and perverse activity in order to advance their cause.

And this is why they are so very useful to the forces of Western Statism that routinely “accidentally” fund, fuel, and promote them.

The ability to promote endless growth of State power and increasing dependence of the masses is accomplished at almost every turn through the promotion of one kind of fear – the fear of man – and the dismissal of another: The fear of the Lord. (See: The Fear-Driven Voting of America’s “Conservative Christians”.)

Fear is the word here.

Fear is the game.

Fear is the tool.

Thus, a never-ending (and never allowed to end) “war on terror” is of incalculable value to those seeking to make the State god in practice above us all.

Keep these things in mind as we watch things unfold in the wake of yesterday’s tragic events in Paris.

May we be vigilant and diligent in identifying and rejecting the unbiblical fear of man being used at every opportunity by Pagan Political Right and Pagan Political Left “leaders” and media mouthpieces to lead us deeper and deeper into the “strength” and “security” of an explicitly anti-Christian State.

May we pray and study so that we might more easily see and more effectively oppose this present march of Statism under cover of satanic models of “freedom”, “liberty”, and “justice”.

May we reject the State as God in practice and stand faithfully upon the only power in God’s creation capable of supernaturally delivering true liberty, true freedom, and true justice: The Gospel-fueled Great Commission. (See: Jesus is conquering everything…right now.)

That’s how we can and will ultimately defeat Islam, Statism, and every evil in between. (See: How to actually defeat Islam. Guaranteed.)