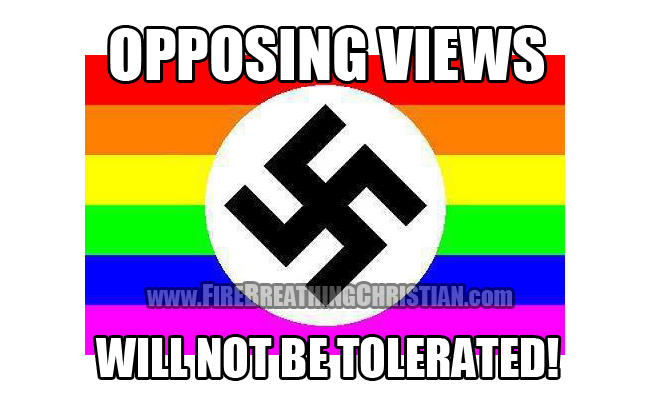 We live in a Crybully dominated culture – a cowardly, weak, yet very proud Pansy Nation brought about by the progressive multigenerational surrender of God-given individual, family, and church responsibilities to the State.

And it is all purposefully designed to lead us deeper and deeper into the arms and control of the almighty State.

This increasingly undeniable reality is finally being acknowledged by many who had previously written off or dismissed such propositions as the stuff of tinfoil hat wearing conspiracy nuttiness. As the culture disintegrates into chaotic madness at a head-spinning clip, such denial is proving harder and harder to maintain.

If, as the Twelve Steppers like to say, the first step to solving a problem is admitting that it exists, then the recent awakening of many to hard truths and challenges that they’d previously dismissed for any number of lazy, self-serving reasons is indeed a very good thing. It’s a gift from God.

Conviction is, by definition, not fun.

It is also necessary in order to pursue repentance and restoration, all by God’s grace, so we should be thanking Him for the conviction that is now coming upon many Americans who are, for the first time, beginning to take a serious, biblical look at what we’ve become as a culture, how we’ve gotten here, and where we will go from here apart from divine intervention.

This awakening has inspired many good men and women to do what they can to at least begin to tackle things seriously. One such demonstration of men and women coming together in a meaningful way to try and address our imploding culture from a Christian perspective was the Freedom 2015 Conference on Religious Liberties held in Des Moines, Iowa, earlier this month (November 6-7).

I was blessed with the opportunity to attend and help with the event. There is much that I hope to share along those lines in future posts and podcasts, but, for now, let me simply say that I am greatly appreciative of what Pastor Kevin Swanson and his team accomplished through Freedom 2015. Pastor Swanson’s opening and closing presentations did a fantastic job of setting an explicitly Christ-centered tone and calling our culture to repentance.

Which is pretty much why the Gaystapo/Crybully Brigade over at HuffPost wants Pastor Swanson arrested.

I believe that the words of Iowa Pastor Kevin Swanson at last weekend’s so-called National Religious Liberties Conference, and on many previous occasions, may well meet the definition of incitement to illegal action and that he should be arrested under available federal statutes, in order to determine whether his speech legally qualifies as incitement.

Here again we see weaponized victimhood in action. If you, me, or Pastor Swanson dare speak out clearly as to the evil, sinful, and culturally corrosive nature of the LGTBQRSTUVWXYZ movement, then we must be silenced. We must be arrested. The State must step in and make us stop.

It seems only a matter of time before a follower of Mr. Swanson takes his words straight to heart and kills a member of the LGBT community in the belief that they are helping to “cleanse” the country of what ills it.

Ah yes, mark this one and mark it  well: If anyone ever does anything stupid (and unbiblical) along the violent/vigilante lines of Leandro’s presentation here, that tragic event will be spun and seized upon by the Gaystapo/Crybully Brigade to advance its mission of silencing and/or jailing all who would dare clearly, vocally, and publicly oppose their perverted cause.

Statist and Gaystapo types of all sorts routinely employ this tactic to justify the perpetual expansion of State power over its increasingly fearful, dependent, and compliant cattle. Every evisceration of privacy rights, private property rights, and free speech rights is always “for our own good”, of course. (See also: Privacy is for masters. Transparency is for slaves. Welcome to “the land of the free” and the home of the NSA.)

Folks like Captain Tolerance here just want to “take care” of us.

They only want to see their “enlightened” perspectives enforced through the brute force of the State for our own benefit in the name of peace, happiness, kittens and bunny rabbits.

They’re all about love.

And if you disagree, you should go to jail.