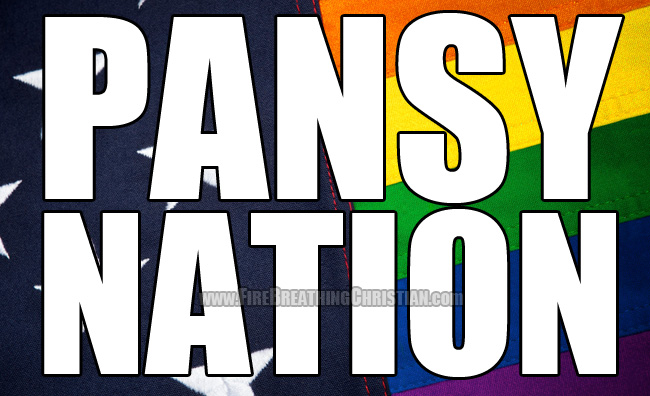 So the “kids” are protesting again.

They want “their share” of the All-American Socialism pie.

And who can blame ’em? After all, they’re just following their parents’ and grandparents’ lead.

Apparently, as demonstrated by recent waves of college campus convulsions aimed at securing things like “free” college and “education”-related debt removal, the young’uns of today know exactly what the score is and how to get things done in America…’til the whole ungodly mess finally blows up, anyway. (See: Why our economic Jenga Tower Of Babel must fall.)

But until it finally does blow up and come crashing down on the heads of whoever is unfortunate enough to be depending on that system at the time, the message from past generations to the present day young is clear: Get what you can while you can! Take whatever you “qualify” for! Grab whatever bit of State confiscated and redistributed loot you can!

Put another way: The rank Socialism so adored by so many for so long in America – including most (comically) professing “conservatives” – is what has gotten us here. And it was always going to get us here, just as it is assured to get us to the even worse places that are right around the corner unless we repent and turn away from getting our “next fix” of All-American State-empowering entitlements. (See: Our “Free Money” Heroin Habit: Why “conservative Christian” Americans sell their own children for just one more hit of Socialism.)

After generations of “conservative Christian” embrace and enabling of overtly Marxist/Socialists constructs like Social Security (which is State-run theft of the working young to pay off others who were lied to/stolen from in the past) and State-run children’s “education” (which is lifted directly from both The Communist Manifesto and the serpent’s tongue in Genesis 3), we now have exactly what the religion of Statism wanted from the start: A population  of increasingly proud, ignorant, State and Corporate dependents.

We’re so far down the rat hole now that most self-described “hard core conservatives” are, in fact, open Socialists who defend/use Social Security, Medicare, public schools, and any number of other cherished All-American flavored forms of Marxism.

This reality makes the Pagan Political Right’s howls of mockery aimed at the pathetic masses of State-“educated” drones protesting for their “fair share” of the American Socialist Dream more than a little suspect and more than a little hypocritical.

As we’ve covered here before many times (including America’s open economic rape of the young via Social Security), believe it or not, many of the young ones being dropped onto the bottom level of the unsustainable Ponzi Scheme that is American Socialism are actually aware of what has been done to them. They may not have a basis for fully understanding it, and they may have no biblical worldview from which to formulate genuine solutions (because their parents shipped them to the State for “education”), but they are at least able to see that they’ve been sold up the river. Their futures have been mortgaged and are now being foreclosed upon. They were sold into bondage by their “conservative Christian” parents’ embrace of American-style Socialism before they were even born.

It would seem reasonable (and important even) at this point to note two things:

When this next natural evolutionary generation of American Statists and Socialists isn’t protesting for another wave of “free stuff” that they’re supposedly “entitled to” as Americans, they’re whining and complaining about increasingly pathetic, peripheral things.

USC junior Vanessa Diaz was raised in Dallas. But at a party two years ago, she was asked if she could speak English.

When Diaz became offended, the other student tried to pass off the question as a joke. But it did not amuse her, any more than the idea of Mexican-themed parties on Greek Row featuring students in sombreros and fake mustaches.

“Because of the society we live in, it’s not OK to be overtly racist,” Diaz said. “But that doesn’t mean everything is OK.”

Some call it the new face of racism — not the blatant acts of bias that recently led to the University of Missouri’s campus unrest and resignation of the president and chancellor. Instead, a phenomenon known as “microaggression” — everyday slights and snubs, sometimes unintentional — is drawing widespread attention across college campuses and kicking up a debate about social justice and free speech rights.

No, this is not The Onion. If only.

Some critics, however, say they worry that the microaggression movement chills free speech, increases conflict and perpetuates an aggrieved sense of victimhood.

Bradley Campbell, an associate professor of sociology at Cal State Los Angeles, said the movement is transforming society from a “dignity culture,” in which people are taught to have thick skins and refuse to allow others to affect their sense of self-worth, to a “victimhood culture” that advertises personal oppression.

The whole point of this disintegration of language is to destroy – not save – free speech. The big idea here is and has always been to shame, shout, or punish any and all opposing views into silence.

Kinda like when someone dares to drag something like Social Security out of the darkness and into the light.

Oh, we weren’t supposed to go there in our little talk on Socialism in America, were we?

We were supposed to stick with the easy targets more openly associated with the evils of Liberalism, right?

But not Social Security.

You go pointing out the wildly unbiblical, anti-Christian, State-empowering, citizen-enslaving attributes of those programs and…well…prepare to be shouted down, written off, and tagged with all sorts of “hateful” labels.

Which just so happens to be the behavior being modeled by “those crazy kids” these days.

That selective application of standards and suppression of inconvenient/convicting facts is what’s now being emulated by masses of confused, misled, self-absorbed young people who at least know that they’ve been lied to and sold out by the Socialism-loving “conservative Christians” who came before them. (See: How’s that Pagan “conservatism” workin’ out for ya, Christian?)

These are hard words, for sure. Personally, I am profoundly convicted by them. I have in the past embraced, excused, and rationalized these and many other anti-Christian constructs, and I have no doubt that my eyes have yet to be opened to many other areas in my life in desperate need of repentance and reformation.

So please don’t imagine for a moment that I view myself as inherently superior to anyone in any sense. I only share these hard truths out of a love for the Lord and those who have been deceived as I was for so long as a “good American” to place the State above Christ as God in practice. My hope and prayer is that these hard, clumsy words will be used perfectly by a gracious God to move both writer and readers closer to Him.

May God grace each of us with the Spirit to model repentance and submission to Christ in all these things so that we might reject the next “deserved” payout by a thieving State, cast off the chains of American Statism, and finally faithfully move past the bondage that we have rationalized, defended, and adored as Americans for so very long.