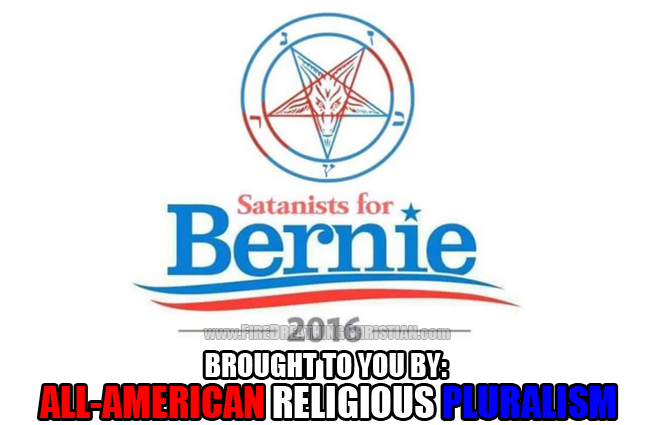 When your culture cherishes the “right” to openly worship the devil as a virtue, the open pursuit of comparatively little things like Socialism and Marxism ought to be taken as a given.

So being all “shocked” and “horrified” when they finally come into full cultural bloom, as they’ve been working at doing here in ‘Merica for a while now, is just plain silly and even, dare I say, dumb.

Once freedom is severed from reliance upon the Nature of Christ (the Author, Definer, and Sustainer of all things, according to Colossians 1:15-20) for its definition and sustenance, decay begins and death approaches.

Once liberty is understood and pursued from an America-defined (man-centered) perspective rather than from a Christ-defined (God-centered) perspective, then liberty begins its transition into slavery, freedom marches toward bondage, and any good thing that one might imagine to be associated with the concepts of freedom and liberty becomes a fundamentally perverted pathway into darkness.

So when we see that in a “land of the free” where things like religious pluralism are adored, defended, and held high for a watching world to emulate, it should come as no surprise at all that we’d have openly practicing Satanists scampering around the countryside alongside and intermingled with things like the Bernie Sanders movement.

In confirmation of this shouldn’t-really-need-to-be-confirmed concept, InfoWars recently posted ‘Bern like hell’: Satanists Rally Behind Socialist Bernie Sanders [language gets rough in the linked story, so be warned], which broke the not-exactly-surprising news that “Democrat socialist Bernie Sanders’ campaign has evidently roused the satanic electorate.”

Who saw that coming?

Anyone taking Scripture seriously, that’s who.

So Feel the Bern, ‘Merica.

Your Satanic Socialist chicks are coming home to roost.