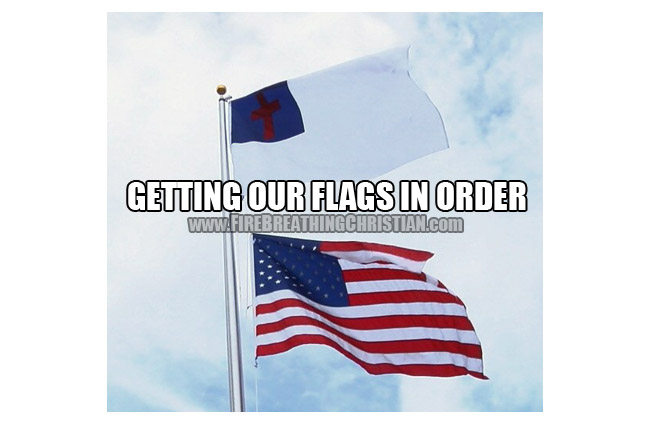 Ready for some good news?

News that is so good, so inspiring, and so practically applicable that you’ll want to share it with your pastor and local church leadership?

As regular readers know, one of the drumbeat issues here at Fire Breathing Christian has been the loving but firm confrontation and correction of the now commonplace idolatry of America on the part of many American professing Christians (see: Confronting Americult). To that end, we’ve frequently highlighted the devastating consequences of conflating America with Christianity and the elevation of the American State as god in practice. (See: The State as God in practice: How we currently evangelize through government, law and education.) We do all of this by God’s grace out of true love for Christ, America, and Americans. (See: How to truly love (and really save) America.)

While this approach hasn’t exactly made us the most popular site with many loud and proud professing patriots who insist upon “putting America first” in every sense, we’ve persisted out of love for Truth and have been greatly encouraged by many Brothers and Sisters who, like us, have come to realize and repent of their own past America idolatry, and, in doing do, finally have the ability to love America rightly. (See: Loving America by Killing the America Idol.)

It is in this context that news of some churches in the South beginning to fly the Christian flag above the American flag is so encouraging. (See: Whose flag should fly highest over America?)

As reported by Fox News in Atlanta,

“A pastor in Cleveland County is taking a stand to put God first before his country.

Pastor Rit Varriale and members of the Elizabeth Baptist Church decided to fly the Christian flag above the American flag outside the building in Shelby.

He strongly believes it should always be “God before Government”, also the theme of the Sunday morning service.

“We plan to raise the flag as a symbol that our commitment is to God first,” Varriale said.”

Is this symbolic gesture a cure-all or a silver-bullet solution for the sin that is devouring our culture?

But it is important.

If we are not in submission to Him, are we not then in opposition to Him?

If we will not have Him to rule over America explicitly, then we will end up instead with the American State ruling over us tyrannically.

So thank the Lord for the eyes that are being opened and hearts that are being moved by His grace toward Him as Lord in practice right here and now in the land we call America, and do what you can to keep this “proper flag arrangement” movement going.

Please share this bit of news with your own local church leadership and encourage them accordingly.