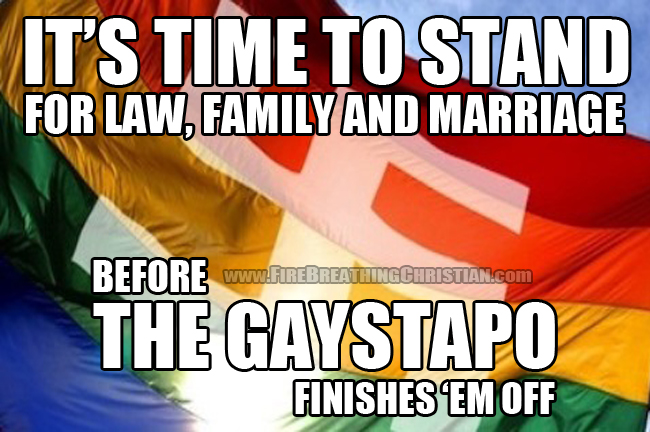 Are you heartbroken by the disintegration of our culture?

Is your head spinning at how quickly everything seems to be falling apart around us?

Are you sickened by the way in which openly lawless anti-Christian leaders and cowardly professing Christian politicians have succeeded in dragging us down to depths of darkness unthinkable only a few years ago?

Are you saddened that all of this has happened under the nose and watch of an apathetic, lazy, culturally disengaged professing Christian church in America? (See: Limp Wristed Gospels Make Limp Wristed Cultures.) 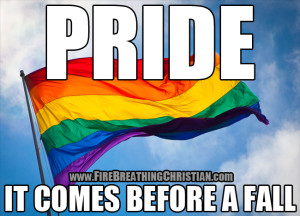 Are you concerned by the increasingly aggressive lawlessness of the United States Supreme Court?

If so, I’ve got some bad news, some good news, and some really Good News.

The bad news is that if we do not take a clear, hard stand very soon for God’s creations of law, marriage, and family in America, they will continue to be perpetually redefined into oblivion and our culture will continue its tailspin into the fire of anti-Christian tyranny.

The good news is that God has placed us here and now for such a time as this.

The really Good News is that He has given us all that we need to win the day, if only we will have faith, believe, and act as though He really is the reigning King of all creation…including our laws, civil governments, families, and marriages.

It’s time to put up or shut up, my fellow Tennessee Christians.

And, by the grace of God, we have been given a great opportunity to do so.

The “Tennessee Natural Marriage Defense Act” filed by two Wilson County lawmakers declares that marriage between one man and one woman “remains the law in Tennessee, regardless of any court decision to the contrary. Any court decision purporting to strike down natural marriage, including Obergefell v. Hodges, is unauthoritative, void and of no effect.”

The Supreme Court has no power to impose gay “marriage” on the states, according to a new measure introduced by Tennessee legislators that would ignore the court’s decision.

The Tennessee Natural Marriage Defense Act states that in the state Tennessee, marriage is between one man and one woman, “regardless of any court decision to the contrary.”

The bill would make a law that “any court decision purporting to strike down natural marriage, including Obergefell v. Hodges, is unauthoritative, void, and of no effect.”

Two Wilson County lawmakers – State Sen. Mae Beavers of Mt. Juliet and Rep. Mark Pody of Lebanon, both Republicans – unveiled the bill at a rally at the state Capitol before hundreds of cheering voters.

“The Obergefell case is clearly and blatantly an overstep of the Supreme Court’s authority,” said Sen. Beavers.

The legislators also quoted Thomas Jefferson, who said, “Whenever the general government assumes undelegated powers, its acts are unauthoritative, void, and of no force.”

“It is time that states like Tennessee stand up against the judicial tyranny of which Thomas Jefferson so eloquently warned,” Rep. Pody said. “This decision defies constitutional authority, and is one of the most glaring examples of judicial activism in U.S. Supreme Court history.”

The Bill in question is HB1412 (on the House side; SB1437 in the Senate), also known as the “Tennessee Natural Marriage Defense Act”, which clearly states the policy of Tennessee to defend natural marriage between one man and one woman regardless of any court decision to the contrary.

Establishment Republicans and many of their more obviously anti-Christian Democrat co-conspirators are already opposed to this.

None of this is surprising, of course.

So what are we going to do about it?

What can we do about it?

Well, for one thing, we can each start by prayerfully taking a moment to focus, center, and ask the question: Am I willing to personally do what I am able with whatever God has given me to take a stand here and now for His creations of law, marriage, and family?

We must pray for grace, courage, opportunity and strength. We must ask the Lord to forgive our past apathy, shore up our present weaknesses, and show us the way to battle most effectively for His Kingdom here and now on the battlefields in which we’ve been purposefully placed.

Are we willing to act in defense of law, family, and marriage?

Are we willing to stand against judicial lawlessness and tyranny?

Are we willing to use the time, treasure, and tools that God has given us here and now to stand clearly and uncompromisingly for His creations of law, family and marriage?

If so, there are specific things that we can do.

It’s time to repent, believe, and be saved.

It’s time to bring the fear of the Lord back to the political realm in America.

Without the essential, life-giving fear of God driving and defining our approach to law, there is no hope here or anywhere else.

As long as a fear of man and the world displaces the fear of the Lord in this land, we are (and should be) doomed. (See also: The Fear-Fueled Politics of American Statism.)

To that end, Tennessee Interposition Day has been scheduled for Tuesday, January 19, from 9 a.m. to 3 p.m. at the Tennessee State Capitol in Nashville.

Please pray and do all that you are able to support this event and the cause to which it is devoted.

Here are a few words on Tennessee Interposition Day (and how to help make it as impactful as possible) from the Courts Cannot Make Laws site:

“Here is the flyer and/or church bulletin announcement to print (two up, double sided, front to back and to be cut in half).

This simple flyer can make the difference between dozens or hundreds coming to the State Capitol Tennessee Interposition Day Tuesday January 19th to fill the halls and offices of the Capitol Building from 9 AM to 3 PM.

It is simply so VERY IMPORTANT to make copies for you to spread far and wide, especially asking help from churches to distribute, for friends to reproduce and for handouts by everyone everywhere. Keep referring folks to stay updates at the Tennessee Page because we will be announcing transportation plans, where to meet at the Capitol, the 12 noon gathering for the Press Conference and more. Thanks so much for ensuring Jesus is glorified in this event. Bless you as you encourage everyone in the truth that COURTS CANNOT MAKE LAWS!”

This is a vital early step in bringing the fear of the Lord back to the political realm in America.

Will we stand or will we just whine a little (or a lot) and roll over…again?

In the coming days and weeks, I will try to provide more detail regarding the Tennessee Natural Marriage Defense Act and how we can be most effective and precise in its promotion as it begins to make its way through the legislative process in Nashville.

In the meantime, please pray with fervor and in detail for this bill, this event, and the cause to which both are consecrated: Christ as the essential, life-giving King over His creations of law, family, and marriage.