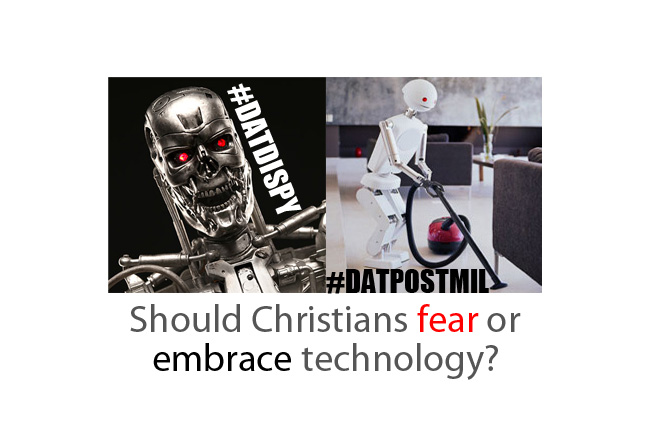 China has announced plans to construct an all-robot manufacturing plant. And this scares some people.

There are good reasons for healthy concern (not to be confused with fear).

A whole lotta folks and families are about to have their economic worlds – and overall worldviews – fundamentally rocked. They’re going to learn the hard way that the “reality” they’ve been pitched where things like work and education are concerned isn’t really reality at all. Many of the coming lessons along these lines are going to be very painful and very costly for the people and families that have long been systematically groomed as cattle for the Corporate-owned State.

We in America (and throughout the West) have been comprehensively groomed and programmed over time toward acceptance of our identity as “human resources” whose value and purpose is practically defined by our usefulness to the various machines, factories and enterprises operated by those that own, among other things, the United States government. As such, we’ve been made oddly and painfully vulnerable to developments like robots taking jobs that were once (and will for a little while longer be) filled by appropriately programmed government school product.

Where once millions upon millions of “workforce-ready” tools flowed from government-run, corporate-programmed “education” facilities directly into the waiting, “human resource” hungry machines of corporate America, now the government-managed drone factories are spitting out more and more finished product into a rapidly shrinking corporate cog marketplace.

It is now quite clear that very soon the vast majority of corporate cog-type jobs will be done by machines. It is also clear that many jobs that we would consider to be well outside or beyond that category will also soon be filled by machines.

And that development is awesome!

How good is God that He has given us the desire, creativity and ability to cultivate His creation in such a manner?!

Yet as our current government- and corporation-directed approach to cultural and civilizational development demonstrates, we are now about to face some incredible challenges to the way we perceive and apply concepts like work, business, education and economics.

This is what happens when some people are allowed to cultivate others in the manner that our State and Corporate “leaders” have advocated for the past 150 years or so.

This is what happens when the Nature of God as revealed in His Word is not at the center (or allowed anywhere near the center) of our approach to work, industry, business, economics and – above all – education (AKA “the pursuit of knowledge” as addressed in Genesis 3).

This is how slave cattle empires rise…and fall.

When we take the serpent’s bait and determine that God’s Word can (and ought to) be set aside so that we might do what we think is best to pursue knowledge in any area of life here in “the real world” (as if God only rules over the non-real world), we are always setting ourselves up for Big Time problems. More importantly and more tragically, we set our children and grandchildren up for much worse. While we may seem to benefit and profit for a short while from our serpent-approved “real world” pragmatism, future generations will always be held accountable and suffer the consequences for the Christ-dismissing miscalculations of their parents and grandparents before them.

Now, back to robots and the tens and hundreds of millions of folks who will soon not have the jobs that they would have had 10, 20, or 30 years ago…

Where once the good folks consigned to this path by their compliant parents (and pastors) had a place to earn their keep (or at least part of it) by serving the “human resource” needs of the Corporate State, those needs are about to radically shift and shrink, leaving those who’ve been conditioned and encouraged to seek the “career path” of cog in corporate factory machinery mostly, if not entirely, out of luck…and out of work. This will make for masses of understandably angry, fearful, and resentful people. I say “understandably” because, as described earlier, they have been purposefully and systematically abused and fed upon by those atop the present system. Having been purposefully separated from the Nature of God as the essential core of their education and worldview, they have been purposefully left open to fear-based manipulation and, by definition, fear itself.

By our setting aside the biblical command to make Christ the center of all things – including all educational and economic pursuits – abusers have been allowed and encouraged to cultivate masses of people who are simply unequipped to deal with the real world as it actually exists outside of the State- and Corporate-promoted bubbleworld paradigm in which we have been immersed and conditioned to embrace as truth.

Now these masses, purposefully left devoid of the depth that can only come through a biblical approach to education, are left in what many of them will no doubt perceive to be a nightmare scenario.

There will be anger.

There will be resentment.

There will probably be riots and worse in many places that would not have seemed destined for anything like that sort of upheaval only a generation ago. But here we are: The bill for our unbiblical approach to education, economics and civilization itself has come due. It’s time to start paying.

There will be anger, resentment, and upheaval because there will be fear – fear of things that are, in and of themselves, nothing but tools and instruments that God has made available to and through us as His creative image-bearers. It is our perversion of these wonderful tools that has and will continue to cause such great problems, not the tools themselves, yet, in our biblically illiterate and rebellious state, we will be inclined to fear – and attack – the tools rather than our corruption of those tools as the source of our troubles.

By truncating and sequestering the Gospel from its all-encompassing, world-defining role, we’ve left things like economics, education, and technology to “the [unbelieving] experts”. (See: Beware the “Gospel in a Bottle”.)

As image-bearers of God, these unbelievers have happily and enthusiastically seized many of the opportunities that technology and persistent scientific advances have to offer. They have made things happen; often great and wonderful things.

Of course, as unbelievers, those folks on the cutting edge of most modern technological breakthroughs have also been most prone to pervert the good things that God has provided via technology into tools of oppression, suppression of holiness, and the pursuit of sin. This is the price that is paid when Christians unnecessarily cede territory to the enemies of Christ.

When we allow apathy, pessimism and fear to define our worldview in direct contradiction to the life-defining, life-bringing, and fear-dispelling Word of God, we become precisely the opposite of what He has called and equipped His people to be.

We are lovingly commanded and equipped to take every thought – including every scientific, artistic, and technology developing thought – captive to Christ:

For though we walk in the flesh, we are not waging war according to the flesh. For the weapons of our warfare are not of the flesh but have divine power to destroy strongholds. We destroy arguments and every lofty opinion raised against the knowledge of God, and take every thought captive to obey Christ. . . ~ 2 Corinthians 10:3-5 (emphasis added)

We are to do everything that we do – including every scientific, artistic and technological pursuit – to the glory of God:

So when we as Christians think of technology or any other tool that we’ve been given to cultivate, the last thing that we should offer or exhibit in response is fear.

We are to conquer fear, not enable it. We are to cultivate all that we touch with our hands or minds in a manner that brings those things more and more into conformity with Christ.

So when we hear about amazing advances made in robotics, this should have us awestruck and jazzed about the future that God has made possible through our creativity and ability to cultivate His creation in accordance with His beautiful Nature.

We should be thinking about that future and exactly how we get there in a way that is most glorifying to Him, and therefore most beneficial to His people.

We should be thinking about a world – a cosmos – in which much labor and many hard tasks are done by machines that we have been blessed to craft, so that we might use our time and creative energy to better explore, understand and apply His Nature in ways that we cannot even fathom from where we are now.

Things like assembly line robots, house keeping robots, account managing robots, and customer service robots ought to inspire hope, joy and gratitude to God. The fact that some will no doubt seek to employ technologies like robots in sinful manners should in no way inspire us to fear the technology itself…and then cede it to the enemy.

So when it comes to robots – and everything else – let’s embrace a biblical hope, faith, and optimism.

Let’s seize the opportunities that God has purposefully provided through our desire and ability to increasingly cultivate His creation.

Let’s tackle the challenges caused by our past rebellion and sin through a Spirit of repentance and perpetual reformation.

Let’s seek to know and apply His Nature in every realm of His creation – including the realm of technology – in accordance with His Gospel-fueled Great Commission.