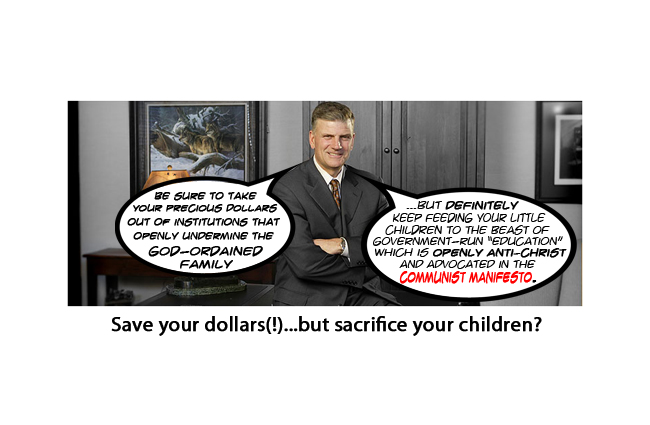 One of the least surprising things in all of God’s creation seems to be the thing that’s most surprising to the vast majority of “American conservative Christians” who simply cannot believe how fast the culture is melting down around them, particularly in the realm of sexuality.

But really, what could be more predictable than the sexual, family, and gender chaos that now defines the culture in a land that has for generations been encouraged by “Christian leaders” to embrace and support the openly anti-Christian concept of secular State-run children’s “education”? What could be more obvious and expected than the consequences that must come when that path is chosen? (See: Redeeming Children’s Education: Confronting Our Satanic Approach to the Pursuit of Knowledge.)

Stop being “outraged”, “shocked” and “horrified” that the American culture has landed precisely where you’ve led it. (See also: Have the “We will not obey!” Christian “leaders” repented of their role in bringing us to this hellish condition in the first place?)

The latest installment of the seemingly never-ending display of bizarre, biblically incoherent “outrage” on the part of American “conservative Christian leaders” comes by way of Franklin Graham, who now wants to take action to prevent the perverted use of Christians’ money by institutions committed to anti-Christian worldviews…while still being a bold, vocal supporter of Christians sending their little kids’ minds off to State-run “education” systems for explicitly anti-Christ worldview training. (See: Retarded by Design: The Mind Blowing Success of State-Controlled “Education”.)

As USA Today reported this morning, “Franklin Graham, son of evangelist Billy Graham, said Christians should boycott businesses that promote a gay lifestyle—just as he did with Wells Fargo after the bank ran ads featuring lesbian couples.”

Graham said he was disturbed that Wells Fargo was using shareholder money to run ads during a Charlotte, N.C. golf tournament that focused on a lesbian couple, and he called BB&T a “good solid bank.”

But BB&T has been involved in support of the gay community, most recently this year in salute of “Legacy Couples” from Miami’s first Gay Pride Parade in 2009. These are committed couples who have been together at least 10 years.

“We also support the individuals and organizations that broaden our perspectives and strengthen the diverse fabric of our communities. That’s why BB&T is proud to be a part of this day of pride and celebration of the 2015 Legacy Couples,” Arthur Costa, BB&T’s regional multicultural markets officer, said in a news release announcing the fundraiser.

So we see how well this approach is working, what with practically every major bank (and most large Corporate powers of any kind in America) now fully behind the Big Gay Wave that is drowning the culture. (See: Putting Teeth into “Mark of the Beast” Economics.)

Don’t get me wrong, I am very thankful for at least Mr.  Graham’s attempt to take some aspect of this situation seriously. It is very important that Christians do what they can with their God-given assets to assure that they are used, as much as possible, for the advance of Christ’s Kingdom and not in a manner that fuels war efforts against His Kingdom. That’s a very good, noble and important approach to embrace.

But how can that approach work when we are applying it only to things like cash and dollar assets while we simultaneously shield far more precious and culturally impactful things from such a Kingdom-driven, Bible-based strategy? Are not the minds and souls of our own children infinitely more valuable, precious and culturally impactful than even our dollars?

Apparently, the enemies of Christ know this to be the case, which is why explicitly anti-Christ, State-controlled children’s “education” is such a centerpiece of their worldview in action. 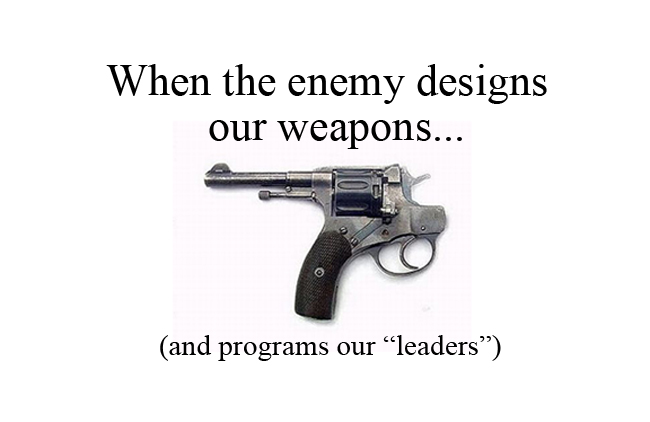 This is why they are winning and we are losing.

The enemies of Christ covet the minds of our children so that they might mold our little ones’ worldviews into something that will slowly but surely lead the culture – one generation after the next – further and further on down the path to Statism, where the State is god in practice. You know, like ‘Merica. (See: The State as God in practice: How we currently evangelize through government, law and education.)

And “Christian leaders” in America couldn’t seem to agree more in practice. (See: Why is the beast of Socialism eating our children? Ask your pastor.)

Which has led most “Christians” in America to agree.

Which has inspired most “Christian” children to become more and more progressive and more and more openly anti-Christian in their worldviews. (See: Feeding Our Kids to the Big Gay Beast.)

Which has led to where we are now.

This is why we are losing and will keep right on losing.

As long as we retain and follow “Christian leaders” like Franklin Graham, we’re going to accomplish little more than making pouty noises of faux protest as the Serpent and its allies slowly digest our children’s minds and futures…all while we compliantly look on, of course.

As long as we follow “Christian leaders” who pitch Candy “Christianity”, Magic “Christianity” and a cheap counterfeit “Gospel in a Bottle” worldview, we will continue to witness the Big Gay Wave roll from victory to victory on the cultural battlefield upon which we’ve been placed. (See: How to NOT stop the Big Gay Bullies that are raping the culture.)

But if we actually take up the Gospel-fueled Great Commission and apply the lordship of Christ in every realm of life – certainly including the realm of children’s education – then, and only then, we will be empowered to honor the Lord faithfully, fight for Him coherently, and win through Him culturally…one supernatural salvation and grace-fueled act of obedience at a time.

That’s how we fight effectively.