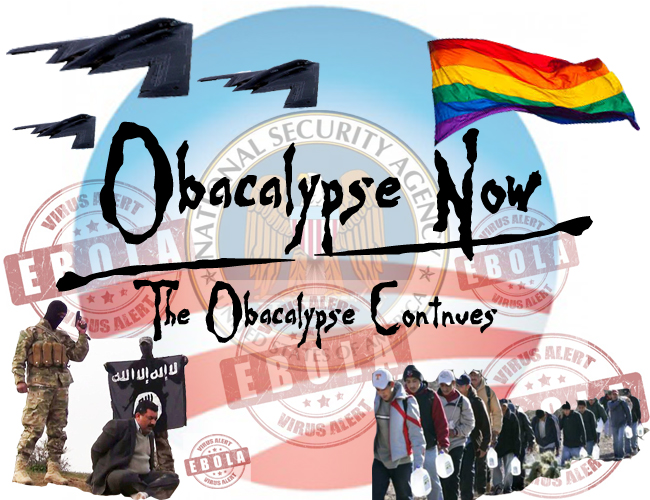 Please “like” us on Facebook (using the convenient button in the upper left corner) and feel free to sign up for new articles by email using the button in the upper right corner of the FBC home page. Thank you for your support! (Yes, I know that the above Obacalypse graphic has an ‘i’ missing from “continued”, and I will fix it ASAP. Thank you for your patience! – SAB)