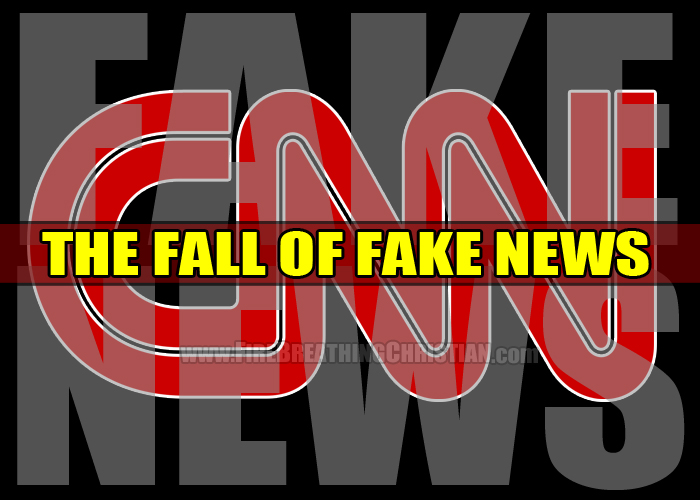 It’s one of our most favoritest things to chronicle here at Fire Breathing Christian.

The decentralization of media, education, publishing, industry, finance and political power is a beautiful thing, and it’s happening all around us as God empowers His people with technologies, tools, and opportunities undreamt of just a few generations ago.

[For more on this important and inspiring subject, please check out the many other articles and podcasts we’ve done on the subject, including Biblical decentralization of power. Learn it. Live it. Love it. and Technology, Opportunity, Hope and Decentralization – Fire Breathing Christian Podcast Episode 8.]

The latest example of the tide of decentralization taking a toll on the powers that be atop the Corporate/State pyramid comes by way of James O’Keefe’s Project Veritas expose of the rank deceit and Goebbels-esque propaganda mindset over at Fake News Megatool CNN.

First came American Pravda: CNN Part 1, Russia narrative is all about “ratings”, followed by Van Jones: Russia is “Nothing burger” — American Pravda: CNN Part II today. The impact of these fine examples of actual investigative journalism conducted by a “small time” operation built by O’Keefe and aimed at a giant of the Official Corporate Newspeak Complex has already been significant and shows no signs of subsiding.

While much could be said about what this means in detail right here and now where CNN is concerned and much should be said to commend O’Keefe for modeling much needed guerilla warfare against the Orwellian forces of centralized power, we’ll not be going down those paths here.

The point I want to make here and now in this context is that the Dinosaurs of centralized power are dying.

And that’s a very good thing.

It’s our job as Christians to seize the incredible opportunity that we have to fill the void left by their fall.