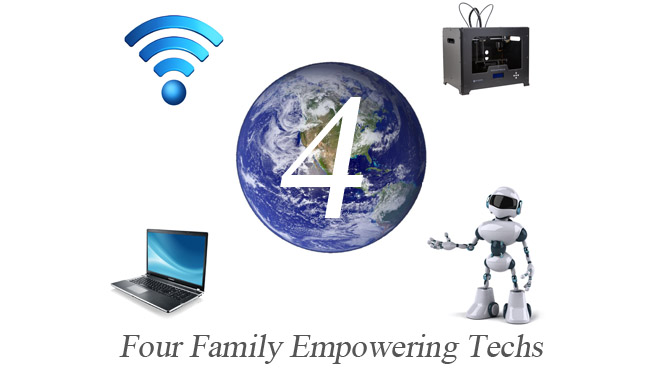 For all the “end times” wackiness unfolding around us, there’s a whole lot to be excited about in a very good way right here and right now in God’s creation.

Sure, American culture is coming apart at the seams on a macro level in pretty much every realm of life as a consequence of its proud, ongoing rebellion against Christ the King. Even so, there are many opportunities emerging all around us, opening the way and allowing for pockets of obedient Christians to not only survive but thrive through this present storm.

This is great cause for optimism.

While secular State and Corporate systems try ever more desperately to constrict and crush the freedom, liberty, and relative autonomy of the God-ordained family, the same God who created and defined the family is even now providing His people with amazing opportunities to confront and oppose the modern drive toward centralization of power and control in the hands of unconverted anti-Christs. The emergence and convergence of several world-shaking technologies over the past several decades is even now materializing into a great opportunity for Christ-centered families to pursue and advance the critical biblical concept of decentralized power in civilization.

Here we would like to encourage Christians with a brief survey of four specific technologies that have already made significant impacts on civilization and will come together to inspire even more dramatic change in the very near future. Whether this change is for the better or for the worse is, as always, up to us as believers. If we seize opportunities and lead in the development and application of these technologies, then, by God’s grace, we can and will lead our homes, families, and culture to a much more God-glorifying place.

Of course, the present State- and Corporate-serving systems of the day are completely opposed to such a course. As such, they will be vigorously suppressing and opposing our every God-glorifying, State-shrinking move.

We are Christians and we are not afraid.

As for the specific technologies in question, there are four. They’ve all been around for a while (some longer than others), and they have each already made a significant impact on our culture and civilization. That said, I am convinced that these four technologies will over the next 5-25 years play a major role in the decentralization of power away from the present (and growing) State- and Corporate-dominated systems. This decentralization will come at the expense of power to the State and Corporate elite, and it will be to the great benefit of individuals and families.

As pie-in-the-sky as it may sound, the potential for biblical rejuvenation and restoration of everything from the proper roles of family, church, and state, to the good and biblically rooted pursuit of work, creativity, and economics are all very real possibilities through these four techs.

The four technologies in question are:

As mentioned earlier, each of these are “old news” at some level. But the potential for them coming together to empower average families to do incredible things that promote proper autonomy and biblical self-sufficiency in a manner that also promotes the unleashing of God-given creativity is…well…amazing!

First off, let’s note what personal computers have meant and will continue to mean for culture and civilization in the coming decades.

PCs have obviously opened up worlds of opportunity and provided incalculable intellectual resources to the masses, and as the decades of PC availability have rolled on, the price for near-cutting-edge tech has plummeted to the point that now even relatively powerful personal computers are accessible to “everyman”. And usually in laptop form.

With PCs only increasing in power while “last year’s powerhouse” machines decline in price, the trends here are now so clear that they are assumed by most. By the grace of God through our creative use of the talents He has provided, we are now in an age of increasingly easy access to personal computers that are rapidly increasing in power.

This is a very good thing.

Easily Al Gore’s finest invention (and way better than Global Warming), the Internet has served to give us virtually unlimited access to information as well as the ability to share information instantaneously. I will not bother with further elaboration on the obviously ginormous benefit that this has been to humanity.

Unlike PCs and Uncle Al’s Internet, 3D Printing might sound new to many reading this. 3D printers, in their current form, are able to use various materials to craft three dimensional objects using files provided by a PC. Everything from miniature toy soldiers and car body panel parts to household items and even functioning gun parts are right now possible through the technology of 3D printing.

Just think of the potential here: Putting the power of the industrial revolution into the hands of individuals and families is perhaps more impactful than we are capable of understanding.

Where once (including right now), the masses were programmed by State- and Corporate-controlled “education” systems to play the rolls of unthinking cogs in industrial machines dedicated to building the wealth of others, soon average families will have the power to bring to market the fruits of their creativity through the use of 3D printing.

Just as with PCs and the paper printers associated with them, as technology improves, costs will come down. Where not long ago a 300dpi (dots per inch) laser printer and high end desktop publishing PC carried a price tag in the $5,000+ realm, now much better PC/printer combos can be had for well under $500. The potential for 3D printing to radically impact the lives and prospects of families cannot be overstated. 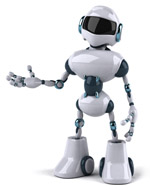 Robotics has been with us for a while now, but the present level and rate of improvement in this particular tech has been both a source of great encouragement and great concern to many. The bottom line is this: Robots and robotics have now achieved a level of sophistication and human-like capability that has forced many ideas formerly relegated to sci-fi flicks and novels to be taken seriously in a very practical, real world kind of way.

Because human-like robots (meaning human-job-taking robots) are a reality right here and now in the real world.

And they are advancing by the minute…

Add to that the significant future price/capability factor mentioned with earlier discussed techs and we see that it is quite likely that soon – very soon – robots will be a part of the average family’s life. They will become better and better at doing tasks that we would rather not do ourselves (and many that we would), and they will become less and less expensive as the months and years go on.

So let’s own this tech and get on with civilization!

Now let’s take a moment to ties these four techs together with an eye toward what might well be not only possible, but quite normal, in, say, 20 years’ time…

But first, let’s take a sec to sweep aside the enemy of faith: Fear.

As in, fear of our God-given creativity as expressed through technology.

Stop allowing the threat of the sinful abuse of a God-given gift to paralyze your good, proper, and necessary mastering of that God-given gift. (See: Why All Christians Should Own Robots.)

Yes, as long as we fail to lead and apply the Great Commission, sin will dominate these technologies and everything else. That is no excuse for our surrender of this realm to the enemy.

We’ve got to overcome our cowardice and man up on this, while there is time.

We have been given the opportunity to lead by example in a God-glorifying way. The manner in which we – the Church – lead in the realm of technology will determine whether technology will become a growing source of darkness, pain, persecution and enslavement through its perversion and abuse at the hands of unbelievers, or whether it will become a life-, family-, and culture-improving force for good in the best, biblical sense.

We have the ball on this one, Christians.

Success or failure is riding on our grace-fueled obedience and faithfulness to bring every thought and thing captive to the lordship of Christ, all for His glory and to our great eternal benefit.

With that in mind, just think about the opportunities that our loving, gracious Lord has set before us through these technologies…

We have been given the power to gather and process information at a level that was unimaginable just generations ago. We have been given the technology to physically produce almost anything that we can imagine…in our own homes with our own equipment. And we will soon have increasing access to human-like machines that will help us to do everything from maintaining our homes and property to gathering resources and any number of other activities required in our daily family and professional lives.

These four increasingly powerful and increasingly affordable technologies are the means by which we can push back mightily against the secular forces of centralized State- and Corporate power in every realm of life. More importantly, these four technologies are tools by which we can further cultivate, explore, and proclaim the glory and lordship of Christ throughout His creation.

Lord willing, we will get to explore these ideas in much more detail here soon. In the meantime, I hope that this summary is helpful.