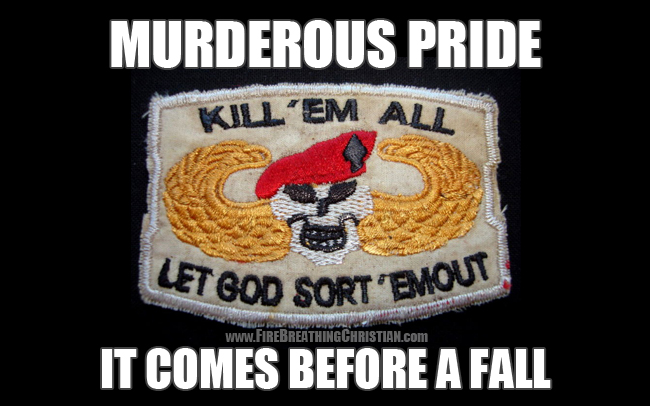 Now it’s effectively become the slogan of many (if not most) politically active professing Christians in America as both evidenced and inspired by the latest America Idol worship leader to tickle their ears and capture their fancy, one Mr. Donald Trump. (See: When Conservatism Trumps Christianity.)

As reported earlier this month by scads of news sources and quoted here from CNN:

Donald Trump said Wednesday that he would kill the families of terrorists in order to win the fight against ISIS.

The billionaire businessman was asked by the hosts of Fox News’ “Fox and Friends” how to fight ISIS but also minimize civilian causalities when terrorists often use human shields.

What does a culture given over to unbiblical fear and hatred look like? (See: The Fear-Fueled Politics of American Statism.)

What does a land utterly rejecting the fear of the LORD as the basis for life, liberty, law, and everything else look like? (See: Presuppositional Law: Where we begin with law determines where we end.)

What do a people then left to be defined by the “fear of the world” look like?

They look like people who believe that when they “take out” the families of those they tag as enemies, that’s somehow okay. Somehow godly. Somehow Christian.

It’s anything but terrorism, because we’re the one’s doing it.

Only those labeled as “terrorists” by ‘Merica can actually commit acts of terrorism, dontcha know.

When we murder families, it’s all good.

We like killing children so much here in “the land of the free” and the home of the NSA that we openly, systematically murder 1,000,000+ of our own little baby boys and girls each year in “legally” protected baby mass butchering facilities operating all across the fruited plain. (See: Selling murdered baby parts in America? Sure. Why not?)

Welcome to the hypocrisy, insanity, madness, and hell of American Statism.

Welcome to a land loaded with proud people who dare claim the name of Christ while openly mocking His Law; a people who will be ground under the heel of God’s holy justice (perhaps through His use of things like Islam) until and unless they repent and submit to the rule of Christ the King in practice and not just in hollow, hypocritical word. 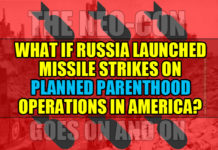 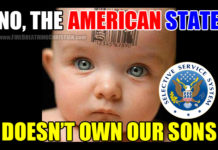 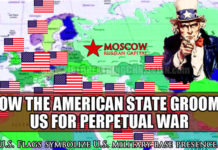