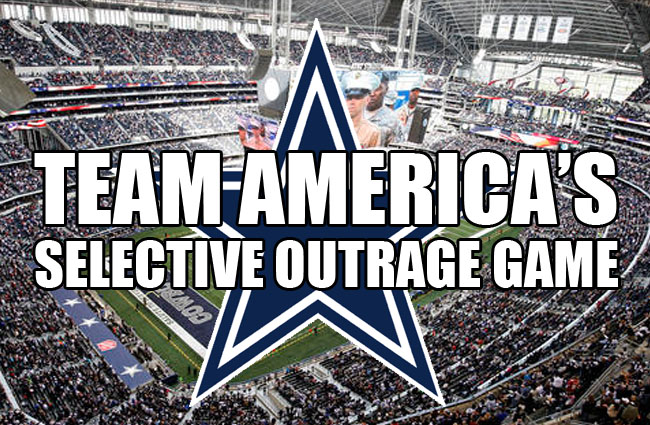 Sometimes pictures of a savagely brutalized human being are seized upon to move culture in a particular direction (ideally – though not always – away from the activity or behavior reflected in the picture in question).

Sometimes they are not.

For those of you not in the loop on this one, here’s a Wiki synopsis:

On May 13, 2014, Hardy was arrested for assault and communicating threats, after he was alleged to have assaulted an ex-girlfriend by grabbing her, throwing her into furniture, strangling her, and threatening to kill her. On July 15, a judge found him guilty of assaulting a female and communicating threats, and sentenced him to 18 months probation, suspending a 60-day jail sentence. When Hardy appealed the decision – requesting a jury trial – the victim failed to appear in court to testify. As a result, the prosecutor’s office dropped the charges, citing their inability to locate the victim, and “reliable information” that the two parties had reached a civil settlement.

Hardy’s arrest and trial was the focus of considerable controversy, as news media drew comparisons to other NFL-related domestic violence cases, including those against Ray Rice, Ray McDonald and Adrian Peterson. Panthers coach Ron Rivera initially told news media that he was comfortable having Hardy play, but on September 14, 2014, Hardy was deactivated. On September 17, 2014, he was placed on the exempt list by the league, which meant that he could continue to draw his salary but was prohibited in taking part in any team activities.

On April 22, 2015, NFL Commissioner Roger Goodell suspended Hardy for 10 games, after the league’s 2 month long investigation found that there was “sufficient credible evidence” that Hardy had engaged in conduct which “violated NFL policies in multiple respects and with aggravating circumstances.” The league’s investigation had concluded that Hardy used physical force in at least four instances, including placing his hands around the victim’s neck with enough pressure to leave visible marks, and that his actions were “a significant act of violence in violation of the Personal Conduct Policy.”

On November 5, 2015, the domestic violence charges against Hardy were expunged from his record. The following day, Deadspin released police photographs of Hardy’s ex-girlfriend’s injuries

It is the release of those pictures via Deadspin that has the widely overlapping worlds of American pro sports and American pro media going a bit crazy lately.

In a culture purposefully cultivated to steer people away from the deeper things conveyed in books and toward soundbite snippets of often radically cropped concepts, pictures have more power than ever to captivate and control the all-important feelings of a population that is generally proud and often quite happy to be basically illiterate. With so few readers and thinkers left in the culture, pictures have become empowered to move and manipulate as never before in American history.

It is in this context that we can better see why the vivid written reports of Hardy’s abuses did almost nothing to move the masses when compared to the waves being made by the pictures now making the rounds in American Media.

Before going on, let me clarify that the outrage over Hardy that has been inspired by the pictures in question is appropriate. It’s the incredibly selective application of certain “principles” and “outrage” by American Media types as they consider the violence of Hardy against another human being that is quite telling.

More on that later.

Sports Illustrated added to the story this week with some insight as to how and why former NFL standout and current NFL broadcaster Chris Collinsworth handled this situation the way that he did during Sunday night’s broadcast of a matchup between the Cowboys and Eagles, in which he chose to address the matter early on:

Here is what Collinsworth said prior to the broadcast:

“Can we just before kickoff add that there’s a human element to this for us as well? We’re going to call the game. We’re going to do our job. We’re as uncomfortable as anybody is with what we’ve seen in those pictures and what we know of this court case. Unfortunately, Greg Hardy is going to be a big part of this story. We’ll call the game, we may do a little commentary at some point, but we’ll let it go at that.”

I like Collinsworth and I appreciate what he tried to do here.

That said, the point I’d like to focus on is that the pictures related to this violent act are being treated in this particular way, front and center all over our NFL-pimping American Media. Domestic Violence is supposedly being grabbed by the horns here, sort of, and while that’s a good idea in theory, it’s hard not to notice some incredible hypocrisy and selective application of “outrage” and “principle” here.

More on that again later.

“I didn’t want to go in and start saying, ‘Oh, boy, look at Greg Hardy ripping off the edge and getting pressure on the quarterback’ without having said at some point that I’m a husband, I’m a father, and I’m completely uncomfortable talking about this guy right now,” Collinsworth said. “We have a job to do and we have to call this football game but I did not want people thinking we did not get it. If you are feeling uncomfortable, we were feeling uncomfortable. Or at least I was. I wanted everyone to know we didn’t live under a rock.”

Okay, so you get the picture now I’m sure. At least enough of it.

Enough of it to know that certain other pictures of certain other much more violent and much more repugnant acts committed by one person against another isn’t even allowed to be on the radar of the supposedly “principled” and prone-to-manufactured/directed-“outrage” of the typical NFL worshipper purposefully programmed by American Media. (See: Fiat Bread and Football Circuses in Romans 1 America.)

How many videos do we now have of Planned Parenthood demons giggling over drinks and/or lunch as they talk about things like selling fresh baby parts from recently murdered and dismembered baby boys and girls so that they might have a shot at landing a Lamborghini? (See: Selling murdered baby parts in America? Sure. Why not?)

How much Sports Illustrated, NBC, and NFL “outrage” is being aimed at that sort of carnage conducted routinely in “the land of the free” and the home of the NSA under the full “legal” protection of the American State?

How much media manipulation is being deployed to see to it that the mass murder and dismemberment of millions of baby boys and girls in America is noticed, much less addressed, in a manner even half as serious as the ongoing Greg Hardy saga?

That’s something to think about, isn’t it?

Something to pray about, too.

None of this is aimed at distracting or diminishing the grotesque nature of Greg Hardy’s character or that of the All-American NFL and NFL-related media types that both feed him and feed upon him.

It just seems like a good and proper opportunity to point out that there have already been over a million baby boys and girls “legally” murdered for convenience and profit in America this year, with many of their mutilated bodies captured in pictures and videos…yet nothing is actually being done to stop it.

Nothing is actually being done to end the child sacrifice. (See also: Just in case you still think Republicans are ever going to actually stop abortion…)

The games – and the mass baby murdering – just go on…and on…and on.

That’s something to think and pray about, too.