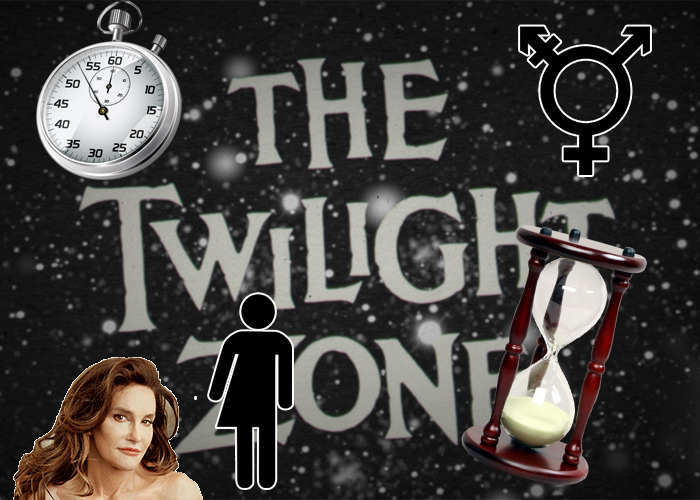 The Kingdom of God advances over and through ’em all, building on the smoldering ruins they leave behind after breaking themselves upon the unbreakable Law of the Christ that they will not have to rule over them.

So don’t let the decidedly Twilight Zone-ish American culture get you down in any inappropriate way, and by “inappropriate” here I mean skipping over the “Twilight” part of our (temporarily) Twilight Zone reality.

The rebellion of men and women who will not have Christ to rule over them as Lord is in its twilight.

The craziness of a culture gone mad with self-centered, emotion-driven feelings over thought is in its twilight.

The suicidal stupidity of pursuing law, art, economics, education and everything else as though these things are not the God-defined, God-sustained, God-owned things that they are is an approach to reality that is in its twilight.

This Twilight Zone is ending, and soon…but not before God uses its each and every shift and action to perfectly accomplish His purposes on His schedule.

The bad guys (and crazy guys) may seem to be winning for a season, and that season may go on, as it has in history, for hundreds of years before the gig is up and the whole lawless cultural construct they craft comes crashing down, but, make no mistake: It is coming crashing down.

The LGBTQ movement will ultimately be crushed and dispensed within time and space right here on God’s green earth.

The massive welfare dependence and perpetual warfare machines funded by the evil of fiat currency so that the Corporate/State can dominate the masses is a system that will be driven down into the dust over time right here on God’s earth.

Christ-ignoring approaches to government, law, education, economics and art will each be ground under the heel of His judgment over the course of His creation of time and within His creation of space.

These things will happen as the Twilight Zone inevitably gives way to the undeniable, unstoppable march of the Kingdom of God.

Here’s how we elaborated on this important (and inspiring) truth back in January of 2016 in an article entitled The Kingdom of God vs. The (Collapsing) Empire of America:

Yeah, it’s crazy now and seems to be getting crazier by the minute. But this insanity won’t go on forever…or even for much longer in the grand scheme of things.

The end is definitely near where our Twilight Zone culture is concerned. As the Kingdom of God advances, it will inevitably fade into its twilight.

So let’s do what we can to help push it over that cliff, okay?

All by God’s grace, all for His glory, and all to the eternal benefit of His people.