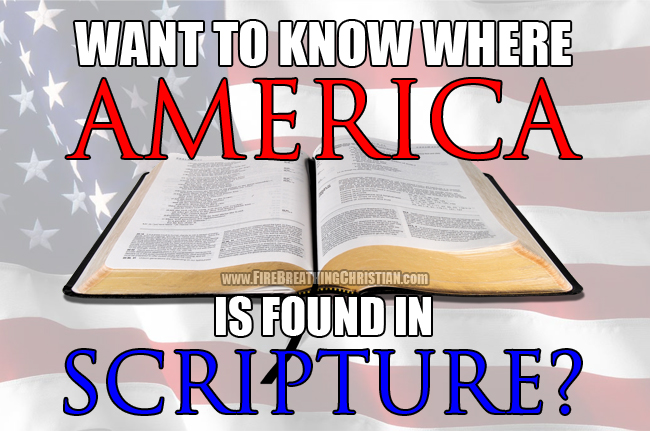 Every now and again someone somewhere tries to “find America” in Scripture.

Kiss the Son and submit to His perfect, loving and unbreakable authority…before He wipes you from the face of His earth.